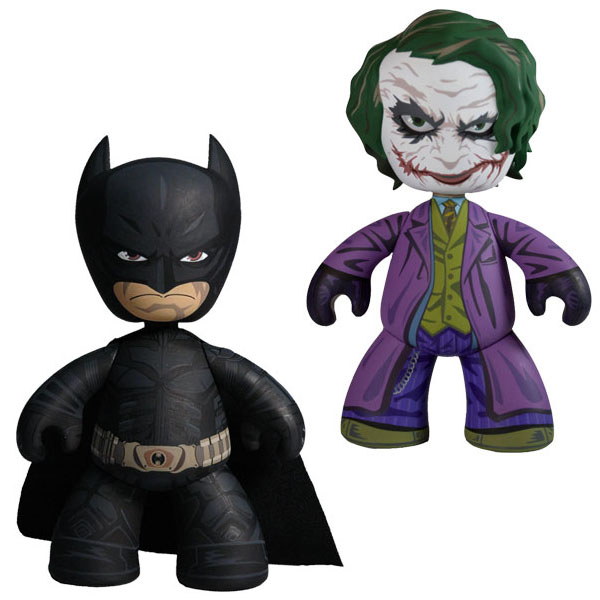 Hey all you Dark Night fans, have you heard the news? Mezco Toyz just released Details on 4 new Dark Knight Mez-Itz items. These are some of the coolest Mez-Itz action figures yet and are based on the rebooted Batman movies starting with Batman Begins. First up is The Dark Knight 6 inch Mez-Itz Series 1: Batman & The Joker action figures. These rotocast vinyl collectibles are 6 inches tall, feature five points of articulation, and are individually packaged in double sided window boxes so collectors can examine both the front and back without ever having to open the package…I think most of us won’t be able to resist and will have to get our hands on them as soon as possible; did you see the detail on the Jokers face? He looks as good as Heath Ledger did in The Dark Knight. 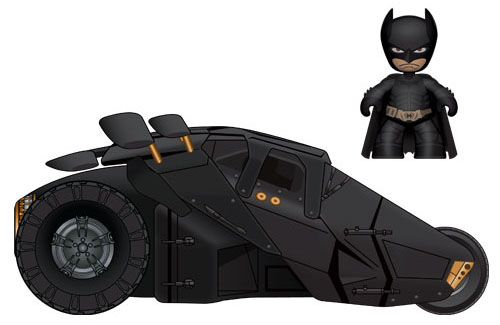 Next up is the 2 inch Batman with Tumbler vehicle. I don’t know about you, but I personally thought this one was of the best changes in the new Batman movies. Don’t get me wrong, I liked the Batmobile, but the Tumbler definitely adds to the toughness and edginess that the reboot series is going for. The 2″ Batman has all same detail and points of articulation as the 6″ model, just at 1/3 the size. The Tumbler, is accurately detailed right down to the 6 wheel configuration and military utilitarian design. With its two passenger capacity, you can stick someone else in there with Batman to enjoy the ride and help take down the joker. 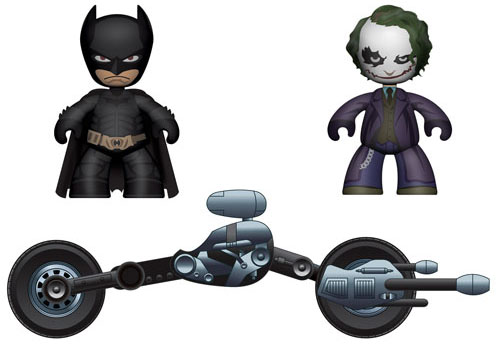 The Dark Knight 2″ Mini Mez-itz Vehicle Box Set will provide you with hours of fun and excitement. Use the Bat-Pod to chase down the Joker and ensure that Gotham city is safe from mayhem. This set includes a 2″ Batman and Joker action figure, along with the ultra-cool Bat-Pod which Batman can ride on. 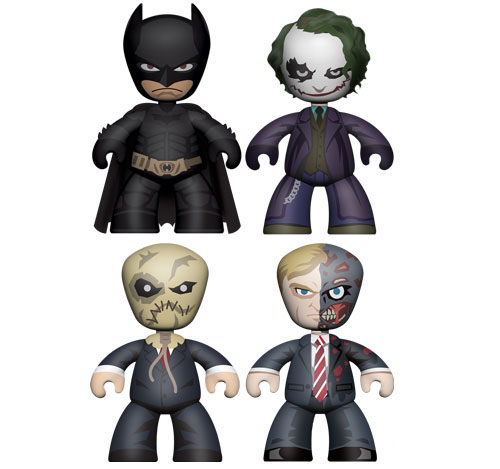 If you have plenty of cool Batman vehicles and you are looking to add some new characters to join the action, check out The Dark Knight 2″ Mini Mez-itz Figure Box Set. This set includes Batman and his most formidable enemies from Batman begins and The Dark Knight. Unleash the Joker, the Scarecrow, and Two-Face on Gotham city and see if Batman still has what it takes to bring them all in. These highly detailed action figures will give your imagination plenty of options to enjoy.

With prices starting at $21 per set, all four officially licensed collector sets are available for pre-order from Mezco Toyz.

Get ready to patrol the mean streets of Gotham City (or your home) with the Dark Knight Trilogy Tumbler (Driver Pack), which can be controlled with an IOS or Android App. Were you impressed by the Remote-Control 1989 Batmobile? It’s very cool… but it’s missing […]

Just in case you don’t think your kids are destructive enough, you can now put them in the Child Piloted Tumbler and watch the neighborhood chaos ramp up to near apocalyptic proportions. Okay, maybe letting the little ones roll around in an inflatable honeycomb structure […]