Disney•Pixar just dropped the Toy Story 4 – Official Trailer, which you can watch below. It is quite a bit longer than the Teaser Trailer from last November, and goes much more into the characters and plot of the film.

It’s been many years since the last movie in the series, Toy Story 3, was released in 2010, and well over two decades since the original in 1995, but fortunately we still have the voices of Tom Hanks as Woody and Tim Allen as Buzz Lightyear. Other stars in the cast include John Ratzenberger (of course), Annie Potts, Patricia Arquette, Keanu Reeves, Joan Cusack, Jordan Peele, Keegan-Michael Key, Joan Cusack, Timothy Dalton, Wallace Shawn, Laurie Metcalf, Bonnie Hunt, Jodi Benson, and Kristen Schaal.

On the road of life there are old friends, new friends, and stories that change you. Watch the new trailer for Toy Story 4 now, and see Disney•Pixar’s “Toy Story 4” in U.S. theaters on June 21, 2019.

Woody has always been confident about his place in the world and that his priority is taking care of his kid, whether that’s Andy or Bonnie. But when Bonnie adds a reluctant new toy called “Forky” to her room, a road trip adventure alongside old and new friends will show Woody how big the world can be for a toy. Directed by Josh Cooley (“Riley’s First Date?”) and produced by Jonas Rivera (“Inside Out,” “Up”) and Mark Nielsen (associate producer “Inside Out”). 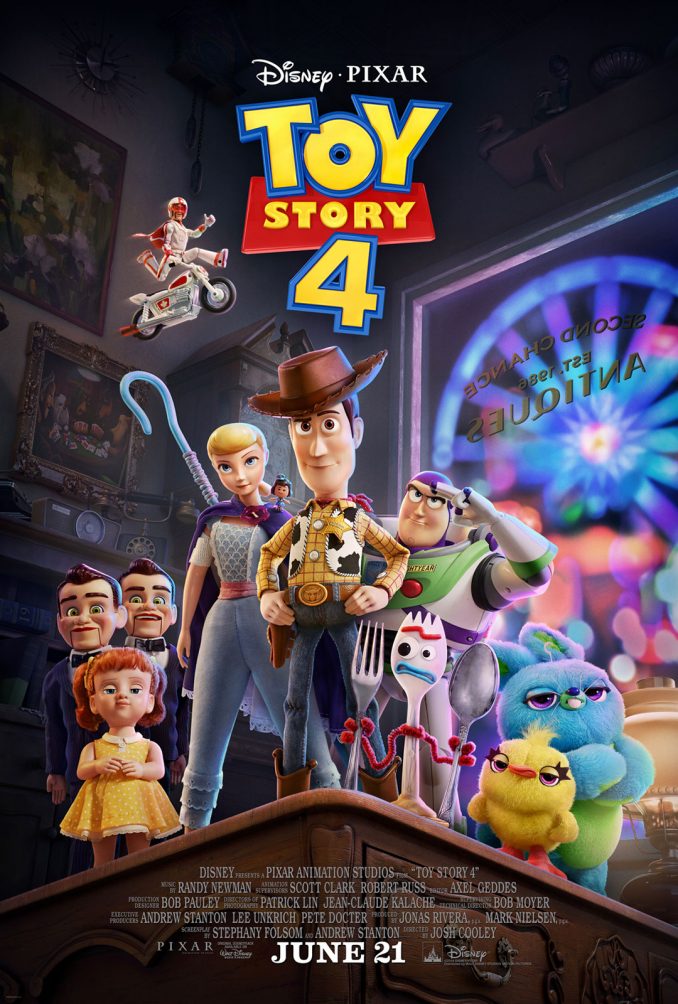