Back in March, we saw the First Toy Story 4 Trailer, and just now Disney•Pixar released the Toy Story 4 – Official Trailer 2. This time we see quite a bit of Duke Caboom “Canada’s greatest stuntman” — voiced by Keanu Reeves.

Besides for Keanu Reeves, Toy Story 4 also has the voices of Tom Hanks as Woody, Tim Allen as Buzz Lightyear, Annie Potts as Bo Peep, Christina Hendricks as Gabby Gabby, Bonnie Hunt as Dolly, and Kristen Schaal as Trixie. Also in the cast are Patricia Arquette, Jordan Peele, Joan Cusack, Laurie Metcalf, Kristen Schaal, Timothy Dalton, Jordan Peele, Timothy Dalton, Jeff Garlin, Tony Hale, and John Ratzenberger. They even have Don Rickles, who died in April 2017 at the age of 90, as the voice of Mr. Potato Head, by using previously recorded material.

Watch the final trailer for Toy Story 4, and see the film in theaters June 21.

Woody has always been confident about his place in the world and that his priority is taking care of his kid, whether that’s Andy or Bonnie. But when Bonnie adds a reluctant new toy called “Forky” to her room, a road trip adventure alongside old and new friends will show Woody how big the world can be for a toy. Directed by Josh Cooley (“Riley’s First Date?”) and produced by Jonas Rivera (“Inside Out,” “Up”) and Mark Nielsen (associate producer “Inside Out”), Disney•Pixar’s “Toy Story 4” ventures to U.S. theaters on June 21, 2019. 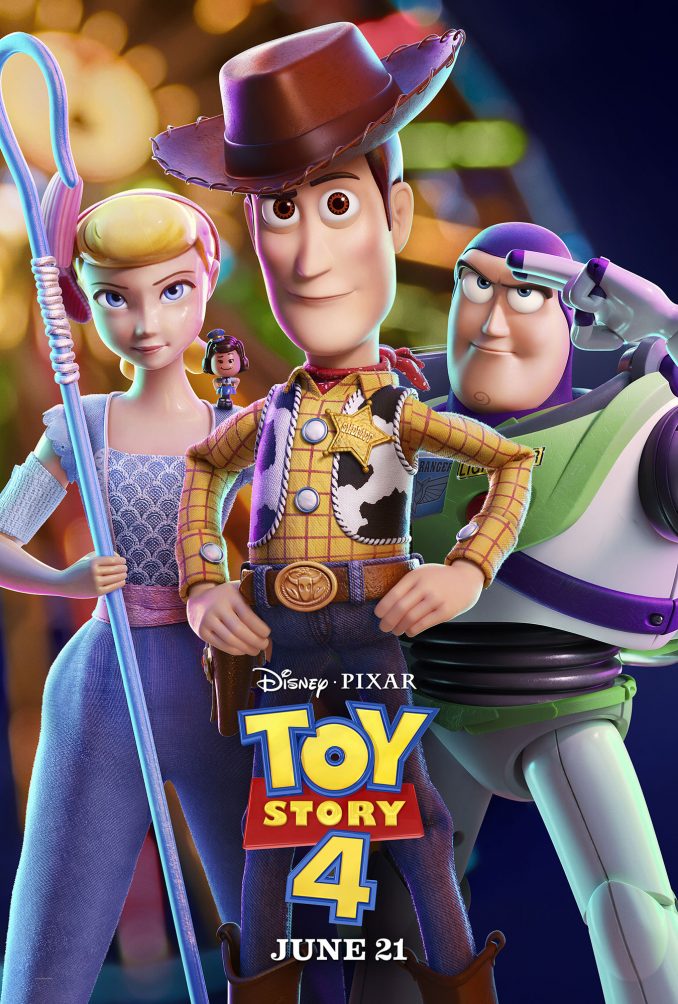