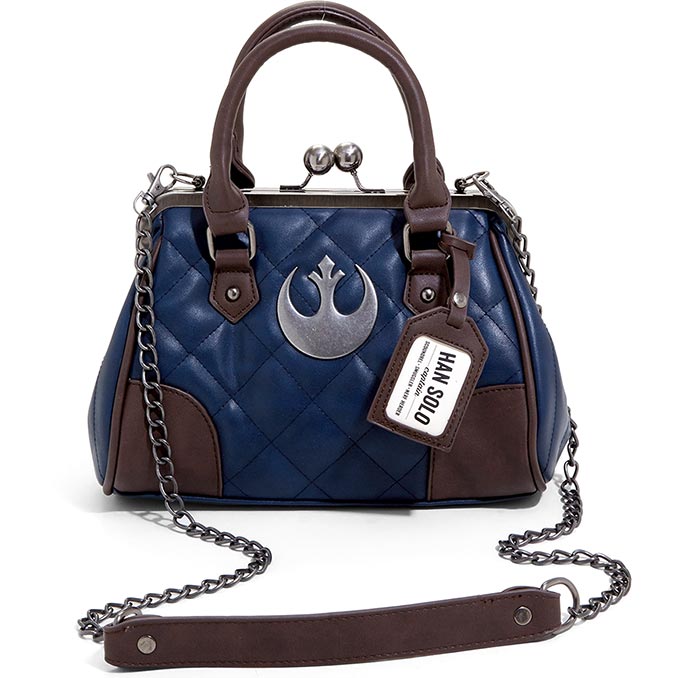 This Star Wars Han Solo Hoth Satchel Bag is obvious inspired by Han Solo’s gear worn on the ice planet Hoth in The Empire Strikes Back. (See picture below.) It features a navy quilted pattern with brown trim. On one side is a Rebel Alliance Starbird insignia, with a Star Wars logo on the other. It has a removable chain shoulder strap and a kisslock closure. Open it up and there is a pouch and zipper pockets inside. 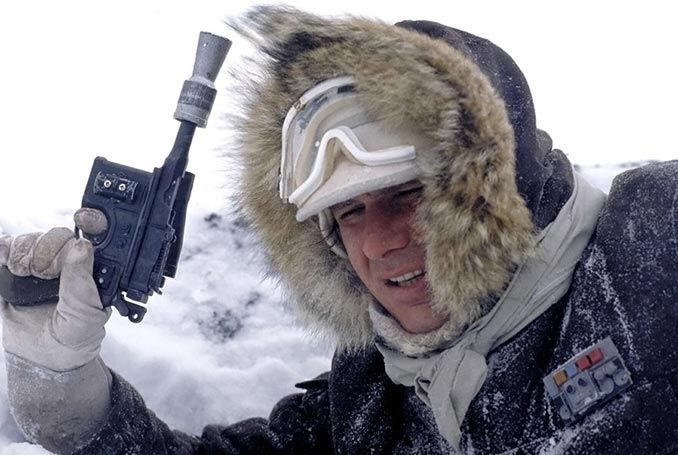 There’s actually been controversy over the color of Han Solo’s coat. Some see it as brown and others as navy blue. In fact, at one time Hasbro released two different versions of the Han Solo action figure, one with a navy blue coat and one with a brown coat, to satisfy both camps. (Or maybe just to make more money.) Apparently the coat is brown, but because of the background and lighting it can fool the eye into thinking it is navy blue. However, I personally think that they may have used a blue conversion filter when filming to make it look colder, and that could explain why a brown coat takes on a blue tint.

Keep your stuff nice and cozy in this satchel bag from Star Wars featuring a design inspired by Han Solo’s Hoth gear. The outside features a navy quilted pattern with brown trim, Star Wars logo and Rebel symbol. The inside has pouch and zipper pockets. Kisslock closure. Removable chain shoulder strap.