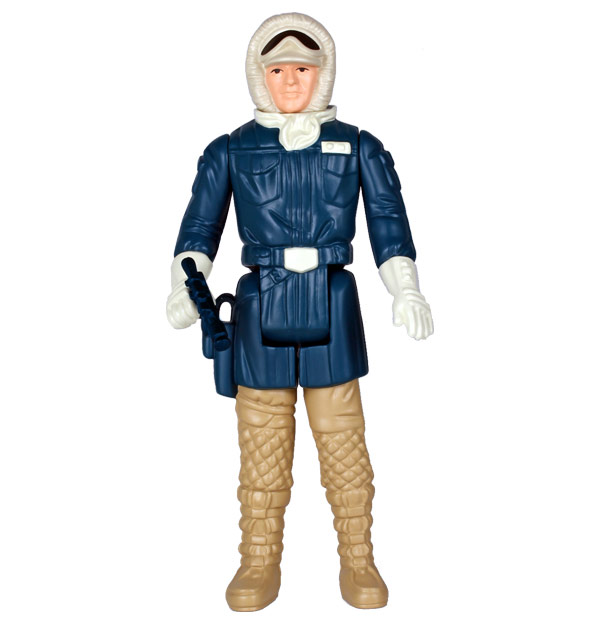 If you loved the old Kenner Star Wars figures, the Hoth Han Solo Kenner Jumbo Figure will take that love and super-size it.

New and old converge as the Empire Strikes Back action figure is brought back in a much bigger way, while still retaining the retro charm of the original figure by digitally scanning an original 3 3/4-inch Hoth Han Solo to create the larger version of the character.

Also, just like with the original, the figure is made of durable plastic, is fully articulated, and comes packaged in a jumbo-size, 1979-inspired Empire Strikes Back blister card that features the original front artwork. The plastic outer clam shell is resealable, making it easy to put the character back in the package for display after you get through admiring the craftmanship and level of detail that went into the design of the figure. 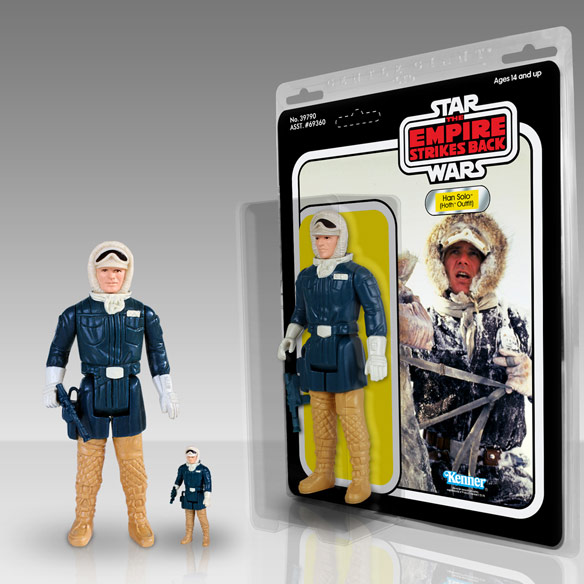 The Hoth Han Solo Kenner Jumbo Figure will be available during the first quarter of 2014, but it can pre-ordered now for $66.99 at Urban Collector and for $79.99 at Entertainment Earth.

This Star Wars Luke Skywalker Jedi Knight Jumbo Vintage Kenner Action Figure was digitally scanned from mint 3 3/4-inch Kenner originals, but this one stands 12-inches tall! It includes a lightsaber, blaster, and cloak – just like the original. Luke is dressed for his final […]

These Star Wars Jumbo Vintage Early Bird Kit Kenner Action Figures are a 4-pack that contains Jumbo Luke Skywalker, Princess Leia, Chewbacca, and R2-D2 with accessories. It comes in a retro box that mimics the original Early Bird envelope. It includes stickers and a foldout […]

Now is your chance to own a giant Wampa. Well, not a real one, but a giant action figure version. This Star Wars Wampa Jumbo Vintage Kenner Action Figure was digitally scanned from mint 6-inch Kenner originals and this Jumbo figure measures 22-inches tall. The […]

When I was a kid R5-D4 was one of my favorite action figures. I would love to buy and display this Star Wars R5-D4 Jumbo Vintage Kenner Action Figure. It looks even neater when it is larger. This is the vintage Kenner figure in a […]