If you already saw the Spies in Disguise Trailer #2, you know the story: the world’s greatest secret agent (Will Smith) is teamed with a nerdy tech officer (Tom Holland) to save the world. Oh yeah, Will Smith’s secret agent character has been changed into a pidgeon. Whether you’ve seen the previous trailers or not, watch the new Spies in Disguise Official Trailer #3 to learn more.

Super spy Lance Sterling (Will Smith) and scientist Walter Beckett (Tom Holland) are almost exact opposites. Lance is smooth, suave and debonair. Walter is … not. But when events take an unexpected turn, this unlikely duo are forced to team up for the ultimate mission that will require an almost impossible disguise – transforming Lance into the brave, fierce, majestic… pigeon. Walter and Lance suddenly have to work as a team, or the whole world is in peril. “Spies in Disguise” flies into theaters this Christmas.

Here is the latest Spies in Disguise poster: 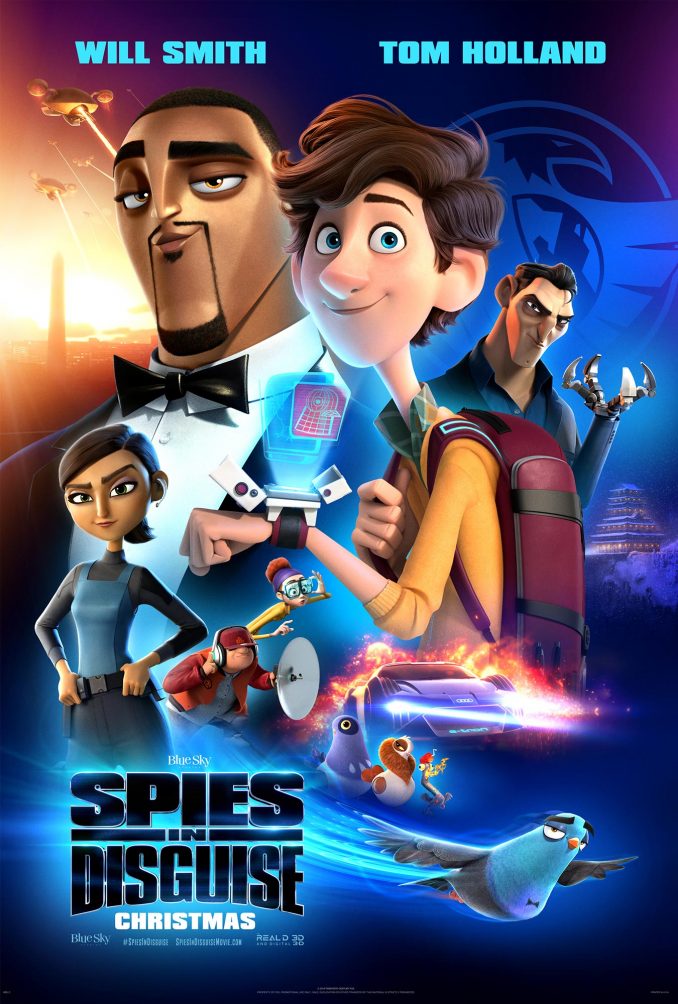 Starring Will Smith and Tom Holland, Spies in Disguise is an animated film where a nerdy tech officer and the world’s greatest secret agent (who has been turned into a pigeon) need to work together to save the world. Get a sneak peek in the […]

The Secret Agent Hand Sanitizer, despite what you might expect, doesn’t explode.  It also doesn’t attract females, since you’re not actually a spy.  And, if you were a spy and you were any good at it, the girls wouldn’t know that you were a secret […]