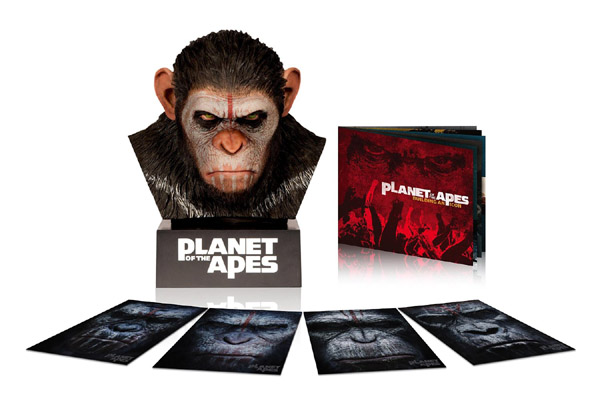 The Planet of the Apes Caesar’s Blu-ray Warrior Collection lets you bring home one serious chimpanzee, without having to worry about him wrecking your house or starting a war with humans.

Of course, Caesar didn’t actually start the war but he had no problem with taking care of business once he realized there was no way around it. Moral of the story – keep the monkey happy.

The Planet of the Apes Caesar’s Blu-ray Warrior Collection hasn’t been released yet but it can be pre-ordered now for $90.99 at Amazon.