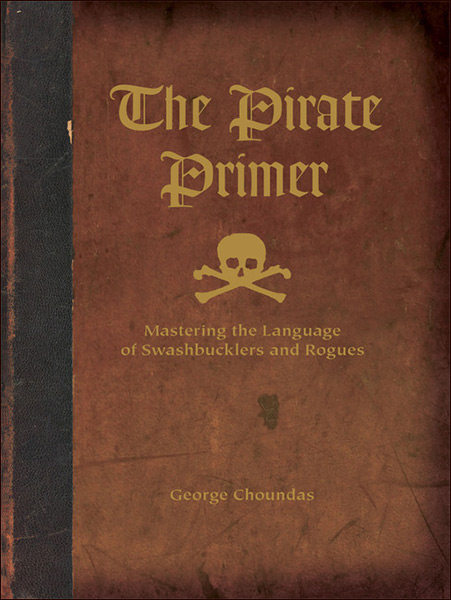 For Talk Like A Pirate Day we’ve been covering a lot of pirate related products. One of them, the Pirattitude Book, taught you how to be a pirate, but today we don’t need to BE a pirate or even ACT like a pirate—we only need to TALK like a pirate. For this you need to buy The Pirate Primer: Mastering the Language of Swashbucklers and Rogues.

Getting a bit tipsy on grog where you start slurring your words helps, but arrrr…it isn’t as simple as that you landlubber. Avast ye mateys, this book actually has 480 pages of swashbuckling content. The reviews are excellent as well, earning an incredible average rating 4.8 out of 5.0 stars and comments like “Really informative and, most importantly, fun to read.”

Pirate Primer: Mastering the Language of Swashbucklers and Rogues

“The Pirate Primer” is the first and only book on the pirate language. It explores in a definitive way the unique vernacular of English-speaking pirates covering vocabulary, pronunciation, grammar and syntax. It is an authoritative work on the subject, containing and explicating every distinctive term, phrase, usage, and speech structure uttered by or attributed to pirates in film, television, literature, and historical accounts over the last three centuries. Every entry in the Primer is accompanied by an illustrative historical example of pirate speech or dialogue. Thus, the user sees the content of the Primer deployed in actual context by actual pirates.

Place this Pirate Skull Door Knocker on your front door and neighbors will wonder if you spend your weekends sailing the high seas, looting unsuspecting passerby’s of their booty. Handcrafted by the talented group of artists at Odd Art Fabrications, no two skulls look exactly […]

The Mutant Pirate T-Shirt offers a great look at what would happen if Wolverine had been a pirate. Yo-ho-ho and a bottle of rum. The dread pirate Logan has brought his mighty ship, the Xavier, to port and he’s looking for a good time. All […]