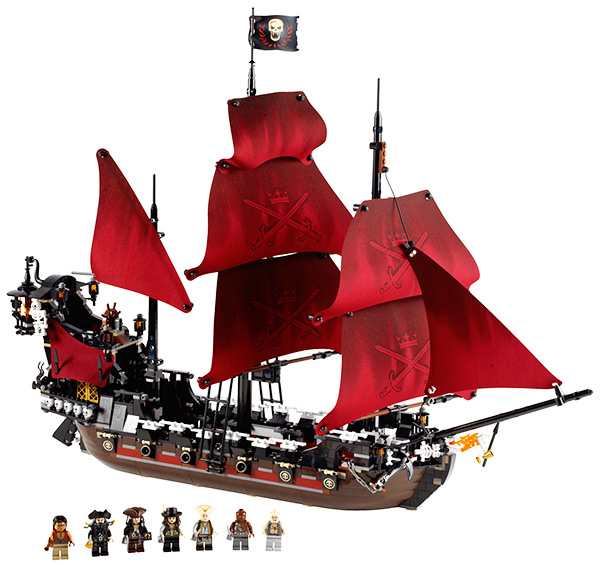 Yo, ho, yo, ho it’s the LEGO Pirates of the Caribbean Queen Anne’s Revenge for me! As we mentioned in an earlier post, today is International Talk Like a Pirate Day. If you’re looking for something to play with while talking like a pirate and you can’t afford the Pirate Ship Playhouse, this 1097 piece Lego Pirate Ship set is an ideal choice.

With over one thousand pieces, this Lego Pirates of the Caribbean ship is obviously big. In fact, it is over 20″ tall and 25″ wide. It also comes with 7 mini-figures including Jack Sparrow, Blackbeard, and Angelica.

This intricately detailed set comes with all sorts of exciting features, including a detachable captain’s quarters, moveable cannons and working ships wheel. 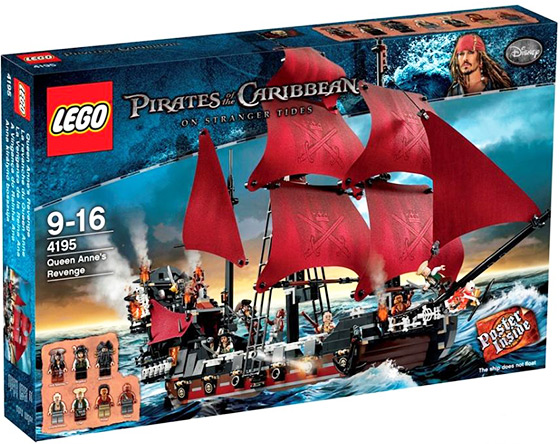 International Talk Like A Pirate Day just passed, but that doesn’t mean we have to stop the pirate fun.  You know who Captain Jack Sparrow is, right?  How about the Black Pearl?  Well if you are still with me, then you are going to love […]

As usual, the past week has been a busy one here are GeekAlerts with over 100 postings about cool new products. Some of the highlights include the WowWee Roboscooper Robot, LEGO Brick Calendar, Pink Floyd Album Cover Coasters, Click and Grow Computerized Plant Pot, Sizzling […]

Batten down the hatches and hide the rum because the Pirates of the Caribbean: Dead Men Tell No Tales Jack Sparrow Pop! Vinyl Figure is ready to introduce you to the pirate’s way of life. Standing approximately 3 3/4-inches tall and based on Johnny Depp’s […]