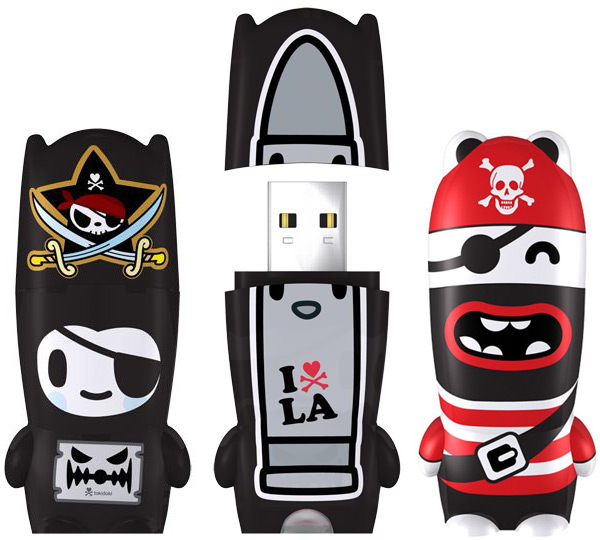 Ahoy there mateys! At GeekAlerts, we love holidays – especially silly obscure holidays like International Talk Like a Pirate Day. Every September 19th we drop anchor and drink grog until the landlubbers start to complain. Arrrr! Naturally we enjoy pirate booty on this day as well, such as these Mimobot Pirate USB Flash Drives.

There are two versions available. The one on the left in the above picture is the Mimobot x Tokidoki Pirate Nero. On the right is Mimobot Marvin the Pirate. They are available in data storage capacities of 2GB, 4GB, 8GB, and 16GB and feature hi-speed USB 2.0 interfaces. They stand approximately 2.5 inches tall and are about an inch wide.

For more pirate fun check out the Skull and Crossbones Bandaids and the Minimates Calico Jack’s Pirate Raiders.