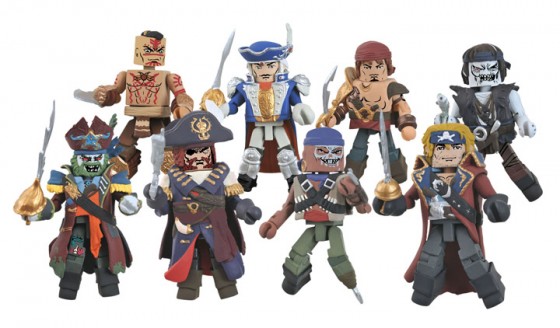 You’ve seen Minimates before with the Real Ghostbusters and now Diamond Select is expanding their Minimates line with Calico Jacks Pirate Raiders.  These are sure to be a hit when they are released later this summer since Pirates of the Caribbean: On Stranger Tides is still be on everyone’s radar! 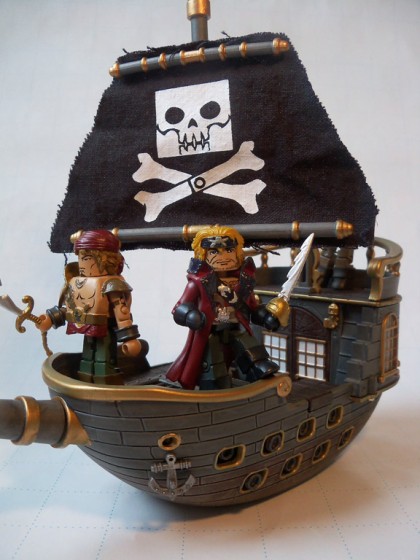 The time is the early 18th century, an era of both magic and science, and the golden age of the Pirate Raiders! The British government is at a loss for answers — pirates are raiding the Caribbean at will, and crew and treasure intended for the crown disappear daily. When Captain Jonathan Barnet arrests the notorious pirate John Rackham, a.k.a. Calico Jack, for stealing a British sloop, Barnet makes Jack an offer: face the gallows… or turn pirate hunter! 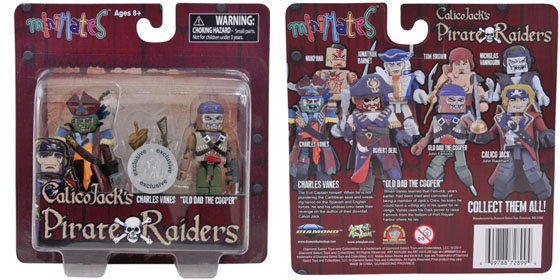 For more information checkout Diamond Select Toys and keep an eye out for them at Toy R Us.