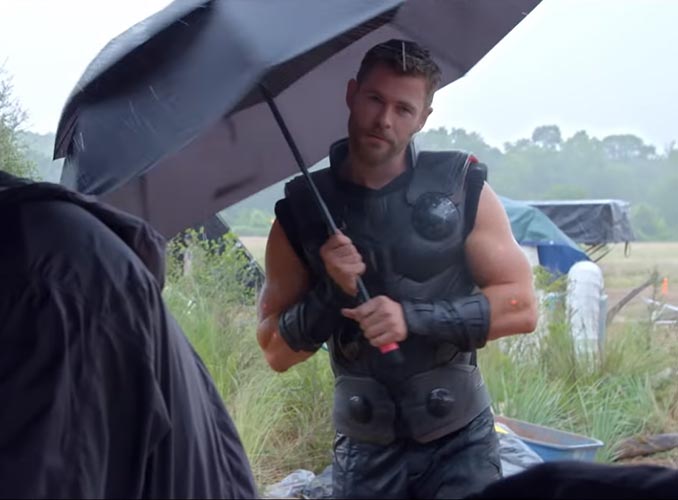 Check out the Marvel’s Avengers: Infinity War – Bonus Trailer to get a taste of all the bonus footage included when you buy the movie on digital or Blu-ray. There are over 2 hours of bonus content including a gag reel, deleted scenes, and more. (See the bottom of this article for the complete listing of bonus content.)

Avengers: Infinity War is available on digital now at Fandango Now, iTunes, Google Play, and Amazon. They all have it in HD for the same price of $19.99. Fandango Now also gives you a 4K UltraHD option, which is $24.99.

Avengers: Infinity War will be on 4K, Blu-ray, and DVD in two weeks, and can be preordered now at Best Buy.

Get over 2 hours of bonus with deleted scenes, gag reel and more, when you bring home Marvel Studios’ Avengers: Infinity War. Watch it instantly today.

Just in time for Christmas and the holidays, Reel Doozy, a creative software company, releases a Green Screen Technology App for your Apple iPhone, iPad, and iPod Touch. There is no better or funnier way to show home videos of the kids, family, and even […]