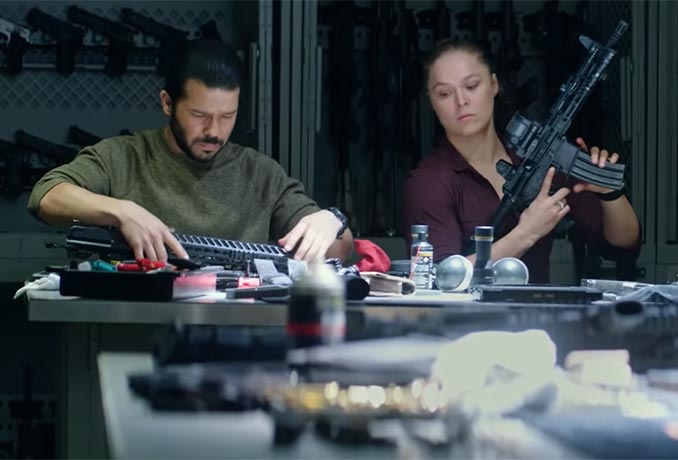 With it’s opening in theaters less than 3 weeks away, STX Entertainment has released the Mile 22 Final Trailer. This action movie, starring Mark Wahlberg and directed by Peter Berg, follows a top-secret CIA unit on their mission to escort a critical asset to the mile 22 extraction point while being hunted by terrorists.

Mile 22 hits theaters on August 17, 2018. Besides for star Mark Wahlberg, the cast includes Iko Uwais, Lauren Cohan, Ronda Rousey, and John Malkovich. The screenplay is by Lea Carpenter from a story by Graham Roland and Lea Carpenter.

In a visceral modern thriller from Peter Berg, the director of Lone Survivor, Mark Wahlberg stars as James Silva, an operative of the CIA’s most highly-prized and least understood unit. Aided by a top-secret tactical command team, Silva must retrieve and transport an asset who holds life-threatening information to Mile 22 for extraction before the enemy closes in.

Watch the new Mile 22 Official Movie Trailer, an action thriller from Peter Berg and Mark Wahlberg. It is the first of what is expected to be a trilogy of films. In this movie, which will be in theaters soon, an elite American intelligence officer […]

(Spoiler alert!) Do you want to interview to join Deadpool’s team? Well sorry, you missed it…But you can see who did make the cut. The Deadpool 2: The Final Trailer [HD] is out and it is great. This trailer introduces you to Deadpool’s new team […]

Now you can relive all of the excitement of Terminator 2 with this Terminator 2 T-1000 Final Battle ReAction 3 3/4-Inch Retro Action Figure. It’s Terminator 2’s T-1000 from the final battle! This is how the figure would have looked if Kenner had made it […]