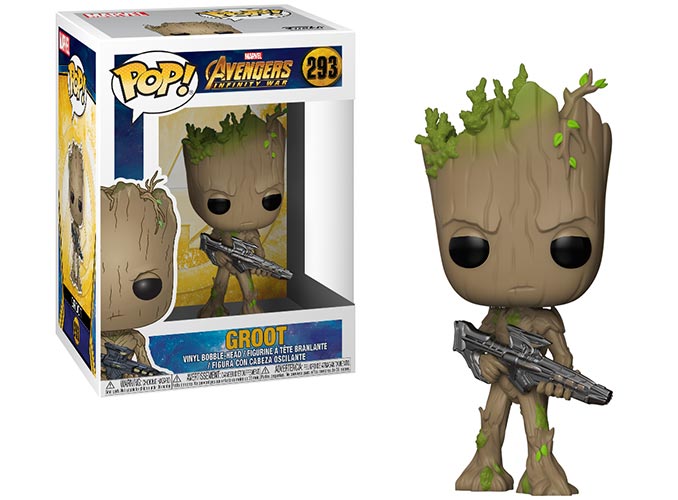 They’re from different universes, but this Funko Pop! Groot reminiscent of the Funko Pop! Solo Chewbacca. Perhaps it is just that they are younger versions of their characters (although technically teen Groot is the offspring of the original Groot) and holding similar guns.