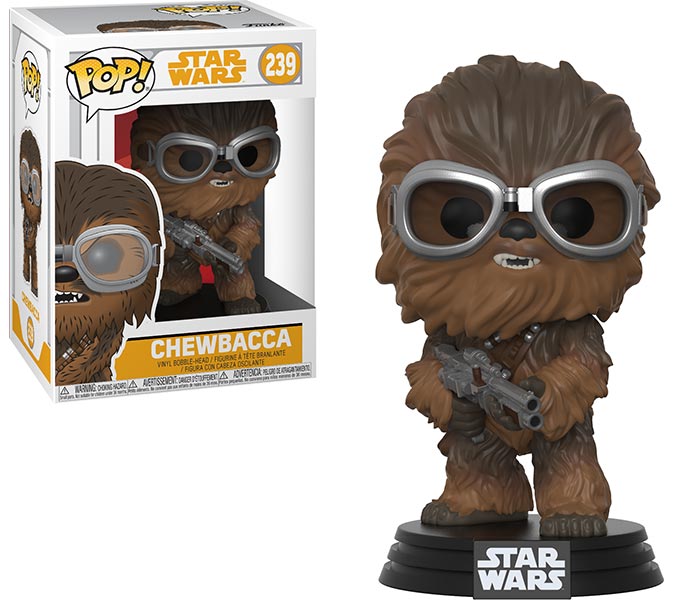 Young Chewie is looking cooler than ever in this Funko Solo: A Star Wars Story Pop! Chewbacca. And why wouldn’t he look amazing? After all, in the Solo Movie he is just 190 years young. This Chewbacca vinyl figure stand on a Star Wars display base and is about 3.75″ tall.

Go on an adventure with a few old friends in Solo: A Star Wars Story. Expand your Star Wars collection with the scum of the dangerous criminal underworld frequented by Han Solo. This Star Wars Solo Chewbacca Pop! Vinyl Bobble Head measures approximately 3 3/4-inches tall and comes packaged in a window display box.

You can order the Funko Solo: A Star Wars Story Pop! Chewbacca for $9 (on sale from $12.50) at Hot Topic. You can also find it at Big Bad Toy Store, Funko Shop, and Entertainment Earth. Also check out the Funko POP! Star Wars Fighting Droids.

I know what you’re thinking. Chewbacca is furry, so he would look a lot better as a flocked Funko Pop! instead of a shiny vinyl figure. Well, I guess they had the same idea, and as you can see in the picture below, the flocked Funko Solo Pop! Chewbacca looks awesome! 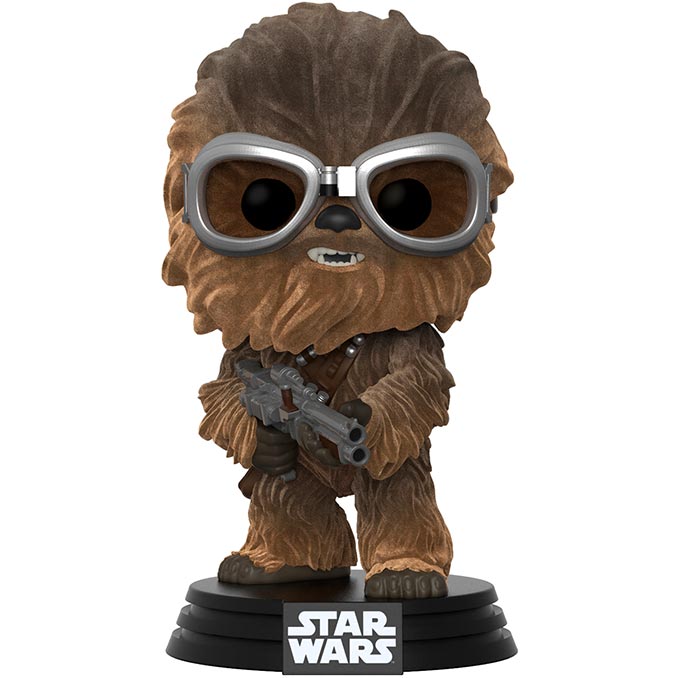 New Pop! vinyl from a galaxy far, far away is here! Chewbacca, from Solo: A Star Wars Story, is presented as a stylized vinyl collectible bobble-head from Funko. He’s flocked, too!

There’s only one place to find the Flocked Funko Solo: A Star Wars Story Pop! Chewbacca, and that’s BoxLunch where it will set you back $14.90.