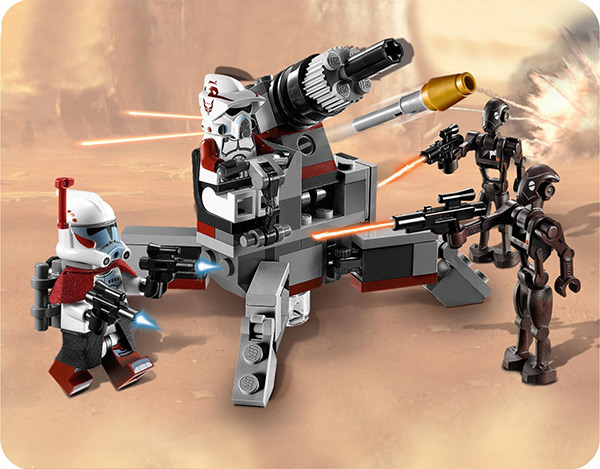 More LEGO Star Wars fun is available with the new LEGO Elite Clone Trooper & Commando Droid Battle Pack. This budget priced LEGO set allows you to build your Star Wars armies with 4 included minifigures: ARF Trooper, ARC Trooper and 2 Commando Droids. You can arm them with the five included blasters, or let them take control of the Republic artillery cannon that you can build. The cannon measures over 5 inches long, features an elevating turret, and includes a flick missile. 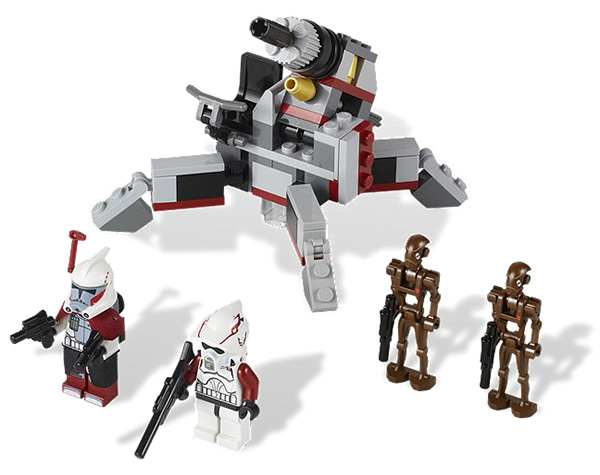 The Separatists have sent a new droid enemy to attack the forces of the Republic, but the clone army’s elite troopers have a new weapon of their own: the powerful Republic artillery cannon! With elevating turret and flick missile, those clankers will be running for cover! Includes 4 minifigures: ARC trooper, ARF trooper and 2 new enemy Commando Droids. 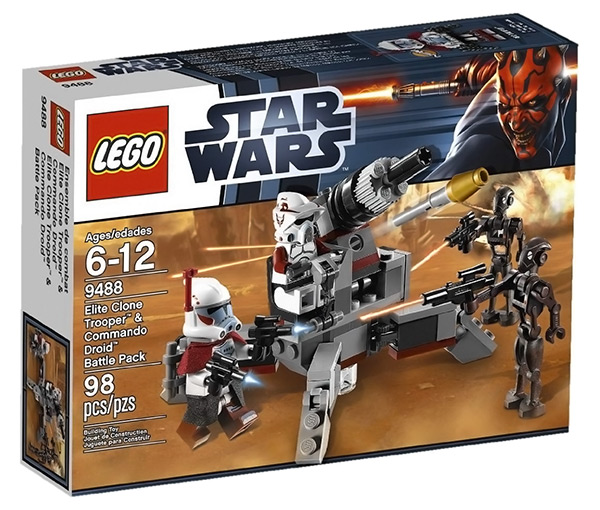 The new LEGO Elite Clone Trooper & Commando Droid Battle Pack is available for only $12.99 at the LEGO Shop. It is also currently available for the same price at Amazon.com. Hurry and get yours, because cool LEGO Star Wars Battle Packs like this often sell out, and then you’re left overpaying on sites like eBay.

Your next LEGO Star Wars set should be this LEGO Star Wars AT-RT set. It includes a Sniper Droid and 3 minifigures: Yoda, a 501st Clone Trooper and a Droid captain. These figures feature articulated legs and feet, swiveling laser cannon and blaster storage. The […]

Are you looking for a great LEGO set that is inexpensive and may be able to hold you or your kids over until Christmas? The LEGO Star Wars Snowtrooper Battle Pack (8084) is perfect with its wintry theme and 4 minifigures (2 snowtroopers, 1 Imperial […]

The Lego Shop online is offering special LEGO Star Wars Promotions for two days only. For May 3 & 4, 2011, they are offering 3 exclusive offers. One of the special offers in a free exclusive Lego mini figure that you get with a purchase […]