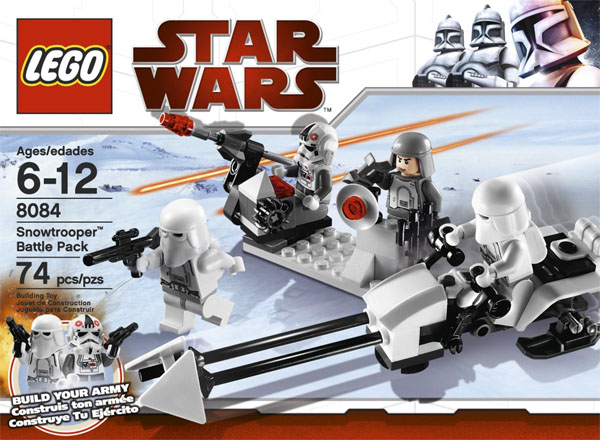 Are you looking for a great LEGO set that is inexpensive and may be able to hold you or your kids over until Christmas? The LEGO Star Wars Snowtrooper Battle Pack (8084) is perfect with its wintry theme and 4 minifigures (2 snowtroopers, 1 Imperial officer and 1 AT-AT driver with new helmet.) Relive all the memorable scenes from The Empire Strikes Back as you assemble this 74 piece set and get ready for this holiday season. Get the LEGO Star Wars Hoth Wampa Set to add to the fun.

Defeat the Rebels with Imperial might! Build up your Imperial forces and celebrate the 30th anniversary of The Empire Strikes Back! When the Rebels’ secret base is discovered on Hoth, the Empire attacks with a force of cold-weather Snowtroopers(tm). Includes LEGO battle station, Imperial Speeder, 2 Snowtroopers, AT-AT Driver and Imperial Officer Battle station armed with rotating flick missile firing gun! Speeder measures over 5 (12cm) long. Battle Station measures over 3″ (10cm) long. 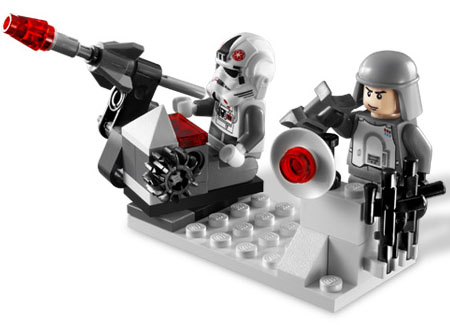 You can purchase the LEGO Star Wars Snowtrooper Battle Pack (8084) at Amazon.com from $9.15.

This Star Wars Snowtrooper ArtFX+ Statue 2-Pack will be the beginning of your Snowtrooper army. From Star Wars: The Empire Strikes Back comes these 2 elite Imperial troopers known as Snowtroopers! They are deployed in cold climates to do the Empire’s bidding. The Star Wars […]