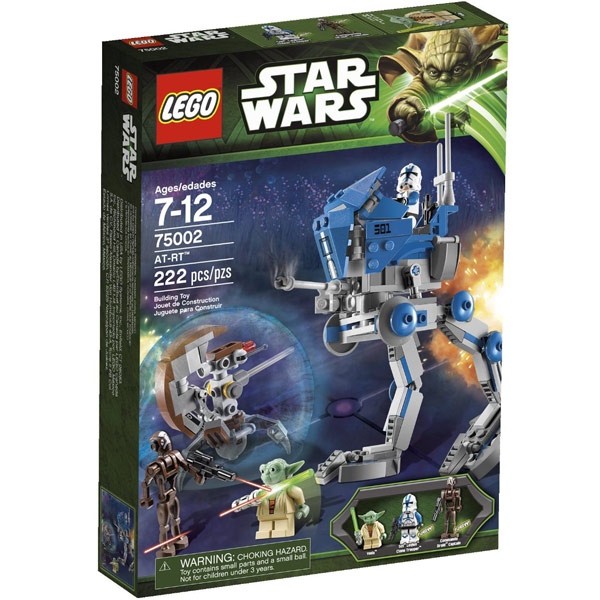 Your next LEGO Star Wars set should be this LEGO Star Wars AT-RT set. It includes a Sniper Droid and 3 minifigures: Yoda, a 501st Clone Trooper and a Droid captain. These figures feature articulated legs and feet, swiveling laser cannon and blaster storage.

The AT-RT measures over 7″ tall and 4″ wide. The weapons include a lightsaber and 2 blasters. 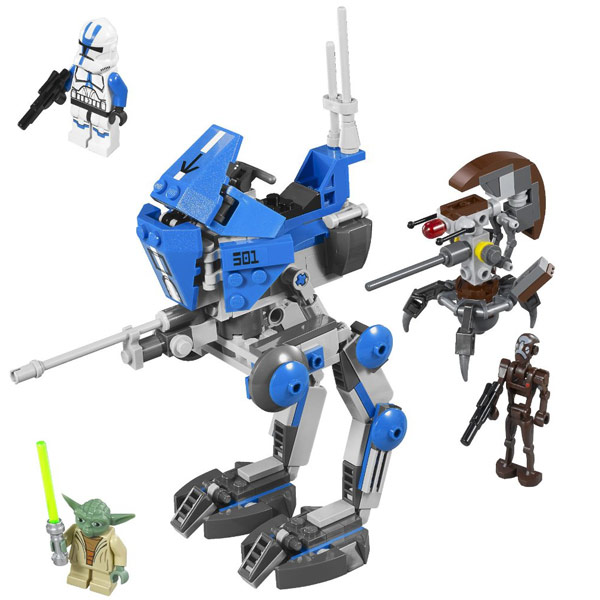 Battle the Separatists on the agile AT-RT!
The 501st Clone Trooper is on patrol with Star Wars™: The Clone Wars™ edition Yoda and the powerful AT-RT™ walker when he spots a Commando Droid captain and Sniper Droid. Use the AT-RT’s swiveling laser cannon to attack the Droid! Take your blasters out of the AT-RT’s weapon storage compartment and open fire! Recreate your favorite scenes from the Star Wars: The Clone Wars animated TV series! Includes 3 minifigures with assorted weapons: Clone Wars edition Yoda, 501st Clone Trooper and Commando Droid captain.

This set will help you to fend off a droid attack and it will be hours of fun for kids young and old. It is just $19.99 from Amazon.com, the LEGO Shop and at Target.com.

For everyone that loves Nerf Wars and playing with Nerf styled guns like the Tommy 20, these Star Wars Clone Wars Blasters are sure to add to the fun.  Enjoy an added feel of authenticity in your next Star Wars battle when you try to […]