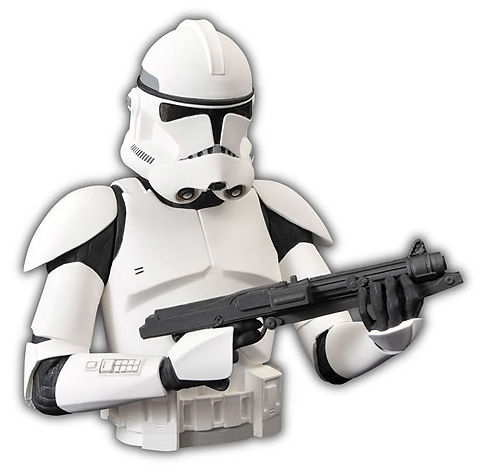 Why have an ordinary piggy bank, when you can save your money in a Star Wars Clone Trooper Bank instead? Although it is made of plastic, this clone trooper bust looks cool enough to just be a decoration on your bookshelf, and it is a handy place to save your loose change. 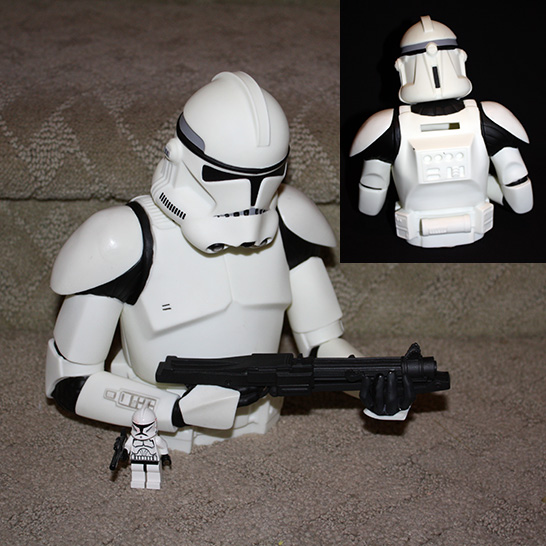 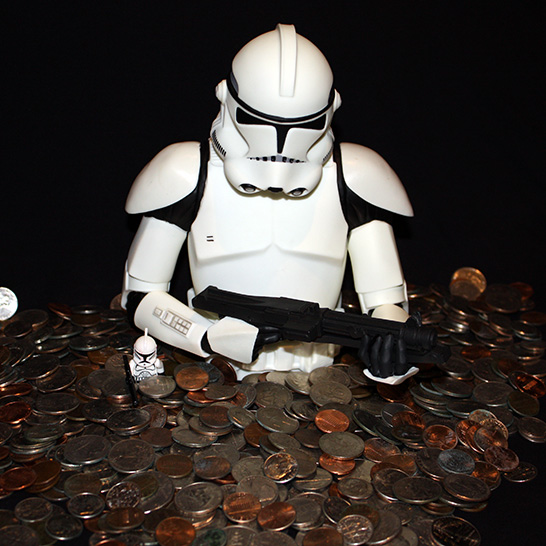 If this Clone Trooper could talk, he might say “I’m rich clankers!” Either that or “You’re supposed to put the change inside the bank, fool.”

Fans of the Star Wars saga will soon be able to light up their day with a clone trooper inspired lamp that features a digital clock and an MP3 dock with a stereo speaker.

Cookies need jars. Not only do jars keep cookies fresh, but they give us an excuse to buy and then display a neat geeky item on our counters. Usually in the form of a bust.  This Star Wars Clone Trooper Clone Commander Gree Cookie Jar […]