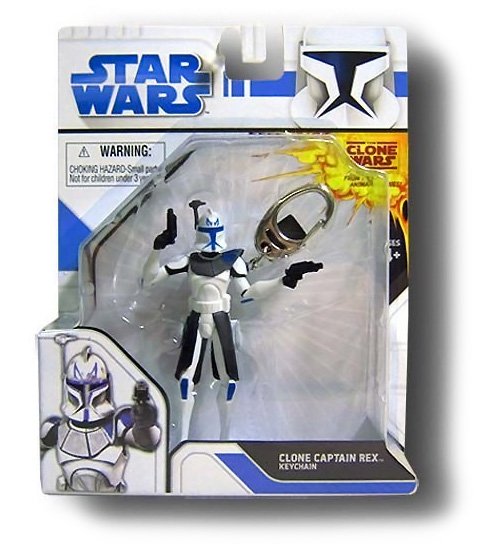 The people that do merchandising for Star Wars are geniuses. Back when Episode IV came out all the stormtroopers looked the same, limiting the number of different toys and other products that could be made. These days with clone troopers, it is far different. Not only are there a wide variety of different types of clone troopers with dozens of specialized variants, there are also special unit divisions, different colors to designate rank, varied equipment, and even dozens of special clones known by name. Captain Rex is one of the most popular, hence products like this Star Wars Clone Captain Rex Keychain.

We were sent one of these Clone Captain Rex Keychains from SuperHeroStuff.com, so we were able to examine the quality and details up close. As you can see in the pictures below, the figure attached to the key chain are very detailed, including Rex’s custom pauldron, helmet decorated with Jaig eyes, waist cape, etc. 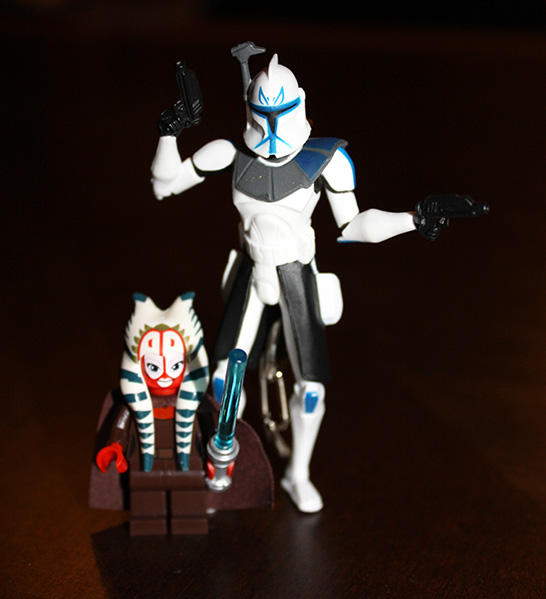 As you can see from the photo above, with the Shaak Ti Lego Minifigure, this Clone Captain Rex Keychain is bigger than most key chains. If you’re like me and like a smaller keyring, it looks like it is easy to pull the keychain off with a pair of pliers. You won’t have a keychain anymore, but you’ll have a cool figure to play with or for display. 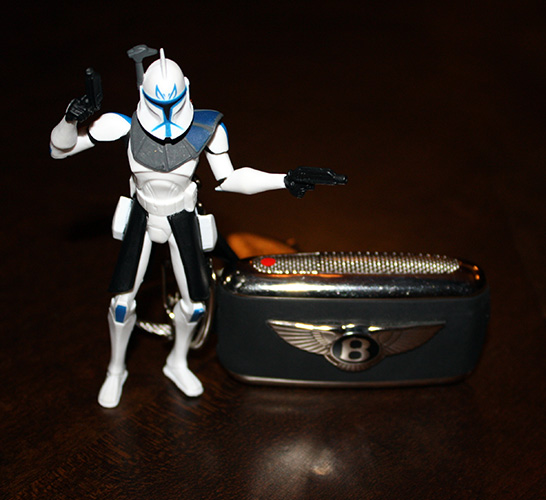 Now where did I put the keys to my Bentley?

The Star Wars Clone Captain Rex Keychain is available for $8.99 at SuperHeroStuff.com.