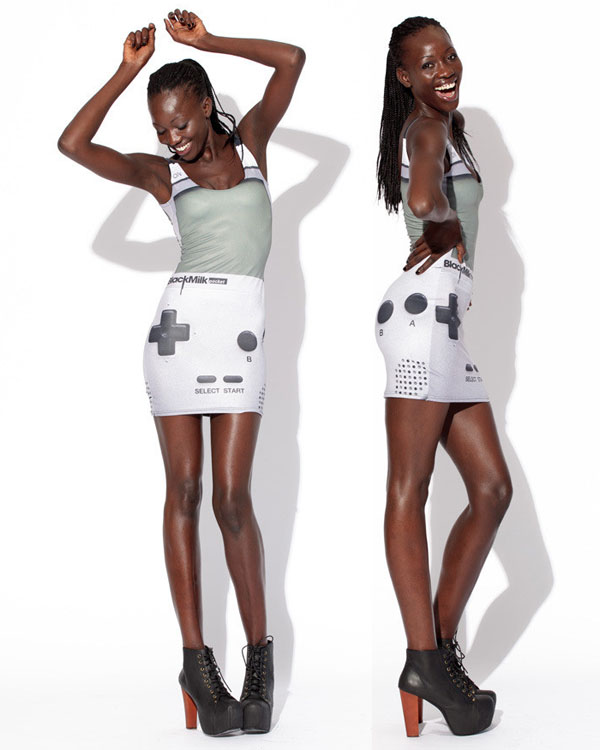 One of the hottest dresses ever featured on GeekAlerts was the Strapless Nintendo Dress. The first version was made of jersey knit cotton and felt, and then the designer came out with a slinkier, darker gray version made of even stretchier material. Now there’s a new Gamer Dress inspired by Gameboy that comes from the land down-under. This one is a tank dress that has a detailed graphics and hugs curves in all the right places.

Girl gamers, who used to dedicate hours of their young lives playing the Nintendo Gameboy, have since blossomed into women and can wear such attire that celebrates both past and present. The girl who picks this dress also believes that video games are good and would most likely allow her mate and offspring to engage in the occasional Tetris or Super Mario game. She’ll probably jump right in and claim the high score, too. 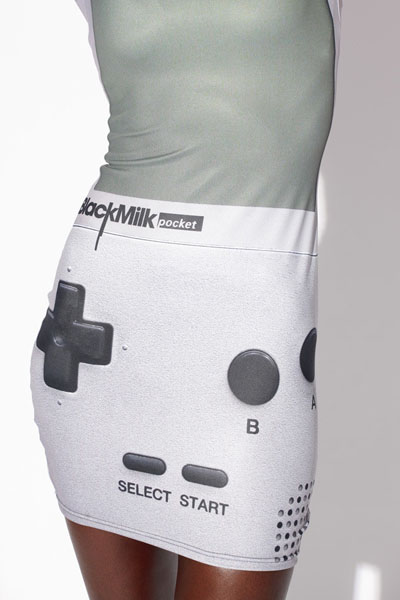 Currently, the Gamer Dress is out of stock due to popular demand. However, Black Milk Clothing is making more of them and you can have them email you when then are in stock.

A couple weeks back we posted about the Nintendo Gameboy Dress, and it was a huge hit. I’m not sure if it was from girls thinking it was cool or guys thinking it was sexy (likely a lot of both), but it instantly had hundreds […]

Just when you thought you were cured from seeing imaginary Tetris pieces falling from the sky, here is a set of Tetris Cushions that can haunt you from your living room every day. Throw pillows are all the rage right now. The goal of having throw pillows is […]

Tetris fans will want to take the game from the screen to the tabletop with this amazingly awesome Tetris Light. It’s a geeky way to shine some extra light into your life. Tetris has been a classic since the 80s and has become a huge […]

There’s nothing harder then getting out of bed in the morning. Maybe a Tetris inspired clock will help you wake up. This Tetris Alarm Clock will help you out. This homage to the classic Russian game features Tetrimino shaped buttons, 12/24 hour settings, snooze, backlight […]

Nowadays everyone is looking for the best way to make their high tech iPhone 4 standout; regular phone cases aren’t going to get it done.  GeekAlerts has shown you a variety of things like the classy Wooden iPhone Case, the summer fun iPhone Sandal Case […]

Tetris fans can get their fix even when the game isn’t in front of them with this Tetris Heat Changing Mug. Maybe they can use it to plan their strategy for the next big game. It’s a great conversation piece and tells the world that […]