The radio-controlled mini helicopter Draganflyer X6 is designed to carry wireless video cameras and still cameras. A pair of glasses lets you see the same thing as the chopper in the air, while you are standing on the ground with the handheld controller.

Use the high definition motion video provided by the Draganflyer X6 helicopter for security, reconnaissance, inspection, damage assessment, research, real estate promotion, or advertising. It can be used for virtually anything. 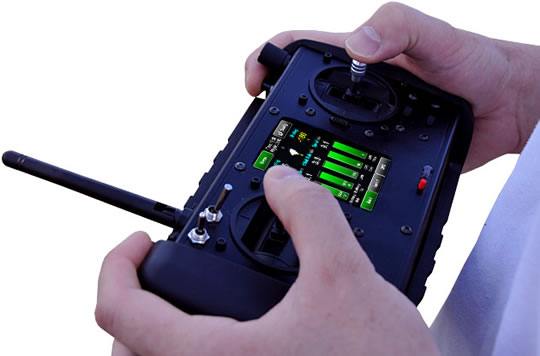 The Draganflyer X6 is small enough to fly indoors where other full-size helicopters or airplanes can’t, yet is large enough to fly outdoors in winds up to 30km/h (18mph).

More photos, videos and information about the Draganflyer X6 at draganfly.com.