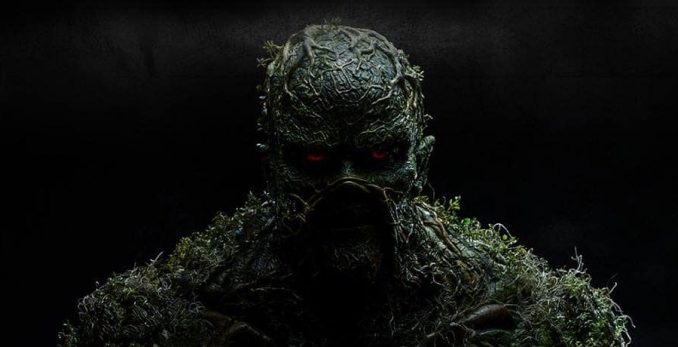 Swamp Thing will premiere on May 31, 2019, with new episodes weekly. If you don’t currently subscribe to DC Universe, they are offering a 7 Day Free Trial. The service, which costs $7.99 a month or $74.99 per year (over 20% discount if you pay annually), gives you “unlimited access to exclusive original DC series, animated movies, select legendary films and TV shows, DC comics and more.”

SWAMP THING follows Abby Arcane as she investigates what seems to be a deadly swamp-born virus in a small town in Louisiana but soon discovers that the swamp holds mystical and terrifying secrets. When unexplainable and chilling horrors emerge from the murky marsh, no one is safe.

Based on the DC characters originally written and drawn by Len Wein and Bernie Wrightson. A new original series Swamp Thing premieres May 31, 2019. New episodes weekly, only on DC Universe.

The avatar of The Green will grow on you with the Swamp Thing Maquette. Standing 2-feet tall, and featuring a different look from the Swamp Thing Statue, this highly-detailed PVC and vinyl statue lets you see the intricate tangle of vines, roots, and tendrils that […]