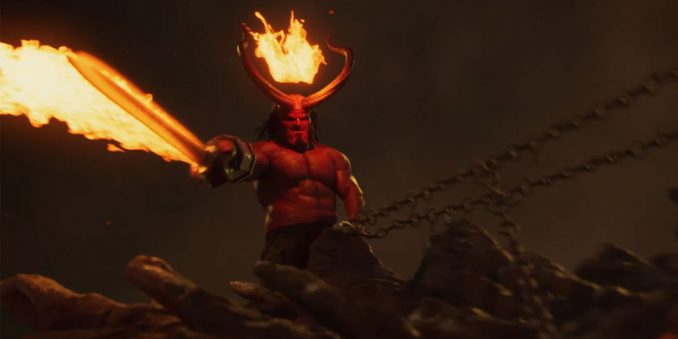 Last December came the Smash Things Trailer and now there’s a brand new Hellboy Red Band Trailer to check out. Sometimes different trailers for a film are similar to each other, but that isn’t the case this time. While the first “Smash Things” trailer focused on Hellboy and the humor in the movie, this “Red Band” trailer mainly covers the villains and action sequences. There’s still plenty of jokes though.

Hellboy will be released in theaters on April 12, 2019, and is a reboot of the Hellboy film series from 15 years ago. It is based on the Dark Horse Comics character created by Mike Mignola and is directed by Neil Marshall, known for The Descent, Dog Soldiers, Doomsday, and Centurion. It stars David Harbour as Hellboy / Anung Un Rama, Milla Jovovich as Nimue the Queen of Blood, Daniel Dae Kim as Ben Daimio, Ian McShane as Professor Trevor Bruttenholm, and Thomas Haden Church as Lobster Johnson.

Watch Hellboy (2019 Movie) New Trailer “Red Band” from Lionsgate Movies (as a red band trailer, be prepared for some crude language and violence):

Based on the graphic novels by Mike Mignola, Hellboy, caught between the worlds of the supernatural and human, battles an ancient sorceress bent on revenge. 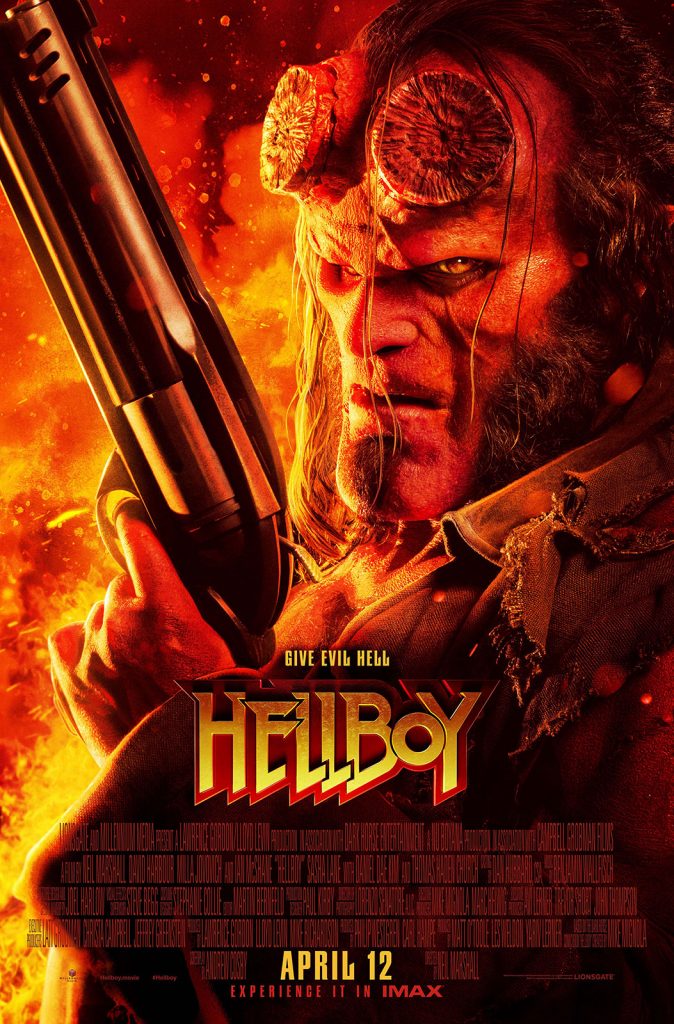 Whether you go for cool black-and-white or fiery red, The First Hellboy Statue is hella awesome. Before he became the trenchcoat-wearing, cigarette-chomping hero he is today, comic artist & writer Mike Mignola imagined Hellboy looking slightly different, complete with a second set of horns, a […]

You ever have one of those days where you feel like nothing is going right, your boss crawling all over your back about some pointless project, your coworkers are pretty much useless, and you can’t even catch the simplest of breaks? Well relax, pull out […]

He’s still got the killer abs but the DC Designer Series Batman by Mike Mignola Colored Statue gives us a different look at the Dark Knight; a look that’s missing his broad shoulders. Standing about 13 1/6-inches tall, this unique vision of Batman is brought […]

Fans of the comic book are going to love this Baby Hellboy 1:6 Scale Collectible Figure. This demonic bundle of joy was developed closely with creator Mike Mignola. This Hellboy figure has 6 points of articulation and stands about 4-inches tall. He is pretty adorable […]