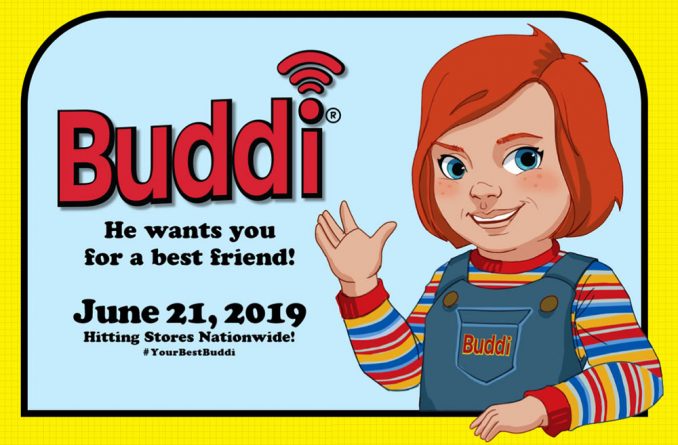 There’s a new remake of Child’s Play coming this summer, and they just released this Child’s Play (2019) Teaser Trailer as a kick off to a unique marketing campaign. The video is an announcement from the CEO of Kaslan Corporation, teasing their new interactive toy “Buddi” that will be launched on Friday, February 8, 2019. So, apparently, there will be another trailer to watch on Friday. It could be a “real” trailer for the movie, but it seems more likely to be another Kaslan Corp video actually introducing the fictitious Buddi doll in detail.

For more information, you can check out their viral marketing websites, KaslanCorp.com and BestBuddi.com. Kaslan is depicted as a technology company with products like drones and smart home devices. It seems like in this remake of Child’s Play, Chucky may just be a high-tech robotic toy that goes haywire, rather than anything supernatural with a serial killer’s soul possessing a doll’s soul like in the original film from 1988.

Please take a moment to watch this announcement from Kaslan Corp. Founder and CEO, Henry Kaslan regarding the upcoming global reveal of a revolutionary new family product that will change the landscape of artificial intelligence forever.

Child’s Play (2019) is directed by Lars Klevberg, written by Tyler Burton Smith, and produced by Seth Grahame-Smith and David Katzenberg (the duo behind 2017’s It). The film stars Aubrey Plaza, Gabriel Bateman, Brian Tyree Henry, and Tim Matheson. It will hit theaters on June 21, 2019.

Here is the teaser poster for the new Child’s Play movie: 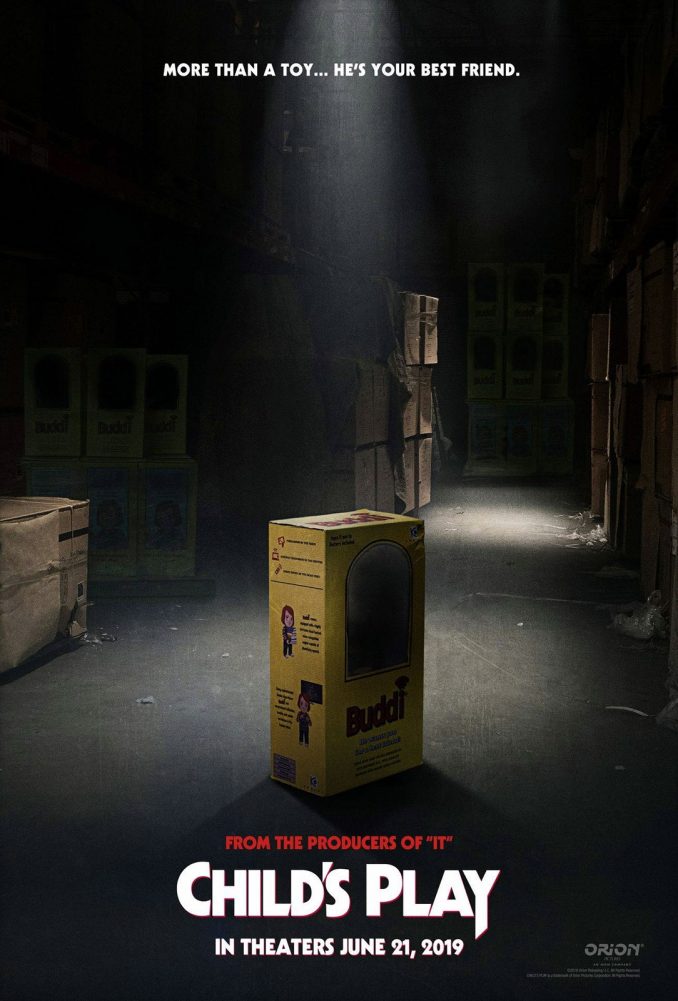 Save up to 88% off on DC eBooks and up to 50% off Dark Horse comics at the ComiXology Black Friday Sale 2018. You’re saving on computers, electronics, video games, clothing, toys, gifts, and everything else at the Black Friday sales at Best Buy, ThinkGeek, […]

This Mr. Robot Evil Corp Tee means different things to different people. Are you awake? Do you see E Corp or Evil Corp? If you are addicted to Mr.Robot, this shirt is for you. It has the Evil Corp logo on the front chest of […]