Hitting theaters on June 21, 2019, Child’s Play (2019) is a remake of the classic horror film from 1988. This new one is directed by Lars Klevberg with a screenplay by Tyler Burton Smith, and it stars Aubrey Plaza, Gabriel Bateman, Brian Tyree Henry, and Tim Matheson. Mark Hamill (of Luke Skywalker fame) performs the voice for Chucky.

Time to play. The full trailer for Child’s Play is finally here. From the producers of IT comes a modern reimagining of the horror classic. Child’s Play hits theaters June 21. 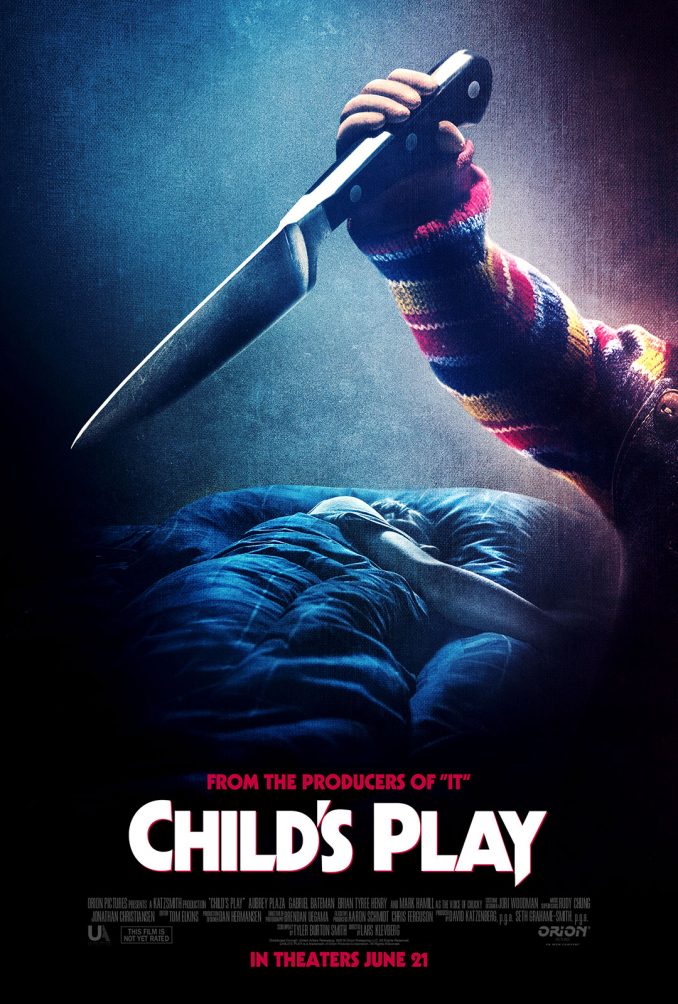