Although it seems that there are too many reboots these days, many fans are excited for this one. Now you can get an idea of where this one is headed with the just released Hellboy (2019) Official Trailer “Smash Things.”

While the first two films of the series, Hellboy (2004) and Hellboy II: The Golden Army (2008), were written and directed by Guillermo del Toro, this one is directed Neil Marshall and written by Andrew Cosby and Mike Mignola (the creator of the Dark Horse Comic Book “Hellboy”). Fans of the first two films will also notice that in this one there is a different actor in the title role. David Harbour is cast as Hellboy, replacing Ron Perlman who played the character in the first two films.

Because of the success of Guardians of the Galaxy, many films are following in their footsteps. This trailer seems to follow that pattern with the classic rock soundtrack and the humor.

Based on the graphic novels by Mike Mignola, Hellboy, caught between the worlds of the supernatural and human, battles an ancient sorceress bent on revenge.

Here is the Hellby 2019 theatrical poster: 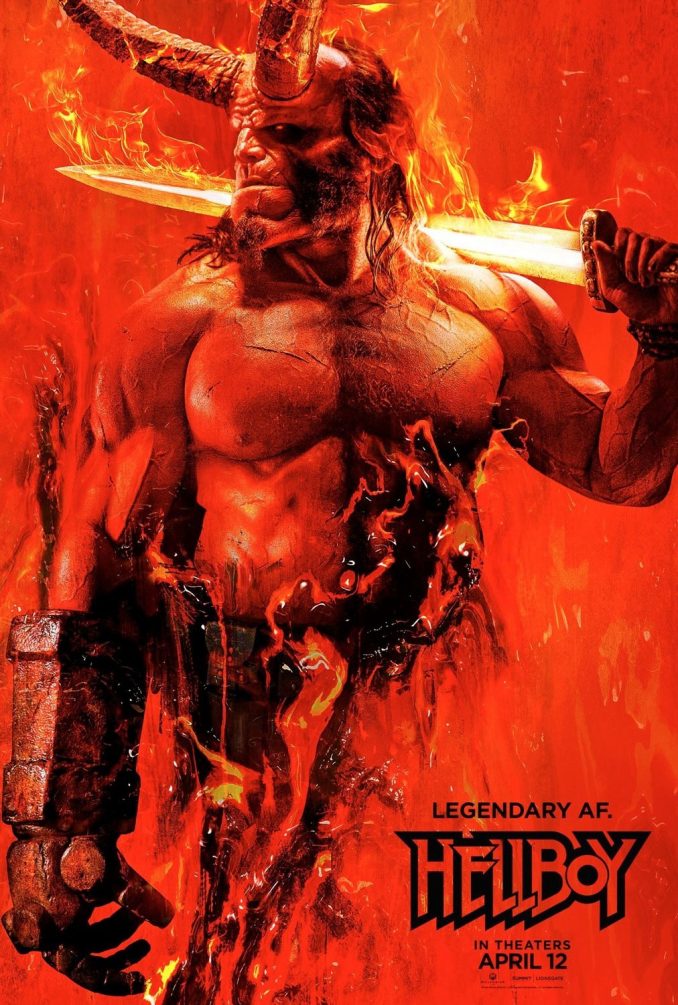 You ever have one of those days where you feel like nothing is going right, your boss crawling all over your back about some pointless project, your coworkers are pretty much useless, and you can’t even catch the simplest of breaks? Well relax, pull out […]

Whether you go for cool black-and-white or fiery red, The First Hellboy Statue is hella awesome. Before he became the trenchcoat-wearing, cigarette-chomping hero he is today, comic artist & writer Mike Mignola imagined Hellboy looking slightly different, complete with a second set of horns, a […]

Fans of the comic book are going to love this Baby Hellboy 1:6 Scale Collectible Figure. This demonic bundle of joy was developed closely with creator Mike Mignola. This Hellboy figure has 6 points of articulation and stands about 4-inches tall. He is pretty adorable […]

He’s still got the killer abs but the DC Designer Series Batman by Mike Mignola Colored Statue gives us a different look at the Dark Knight; a look that’s missing his broad shoulders. Standing about 13 1/6-inches tall, this unique vision of Batman is brought […]

Today Nintendo released a teaser Super Smash Bros. Nintendo Switch Trailer. Naturally, the question on everyone’s mind is what characters will be included in this new Super Smash Bros game for the Switch. Mario, Link, and the Inklings from the Splatoon series are obvious in […]

Last week we introduced you to the amazing craftsmanship of Kreatworks.com with the Steampunk 8 Foot Tall Predator. Whether you consider yourself a fan of metal work or not, you have to agree that the level of detail and design is amazing, especially considering all […]