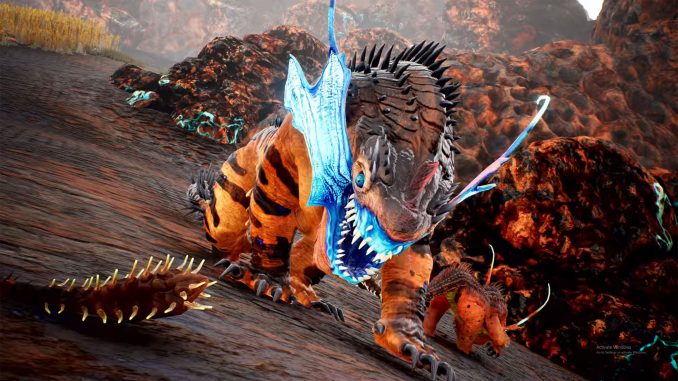 This game is still being developed and is expected to be released for  PlayStation 4, Xbox One, and Windows in 2019.

In The Outer Worlds, you awake from hibernation on a colonist ship that was lost in transit to Halcyon, the furthest colony from Earth located at the edge of the galaxy, only to find yourself in the midst of a deep conspiracy threatening to destroy it. As you explore the furthest reaches of space and encounter various factions, all vying for power, the character you decide to become will determine how this player-driven story unfolds. In the corporate equation for the colony, you are the unplanned variable.

We brought you the Announcement Trailer back in December, and now for the Electronic Entertainment Expo, there’s a new The Outer Worlds E3 2019 Trailer. It’s really looking incredible, and it sounds like your role-playing options will be wide open.  As the voiceover states, you […]

When you hear the game will feature a world created by George R. R. Martin and Hidetaka Miyazaki, it’s hard not to get excited about the Elden Ring E3 Announcement Trailer. And even though the trailer doesn’t get into any detail or gameplay, it certainly […]

Watch the Fallout: Miami Official Trailer and you’ll be surprised that this upcoming mod for Fallout 4 is from a team of dedicated fans, rather than an official DLC from Bethesda Softworks or Obsidian Entertainment. Fallout: Miami isn’t just a little add-on, it is a […]

Watch the Chernobylite Announcement Trailer to learn about this science-fiction survival horror video game that will be coming to Steam during the Autumn of 2019. If you like a post-apocalyptic survival with a Russian twist as in Metro, this game should be right up your […]