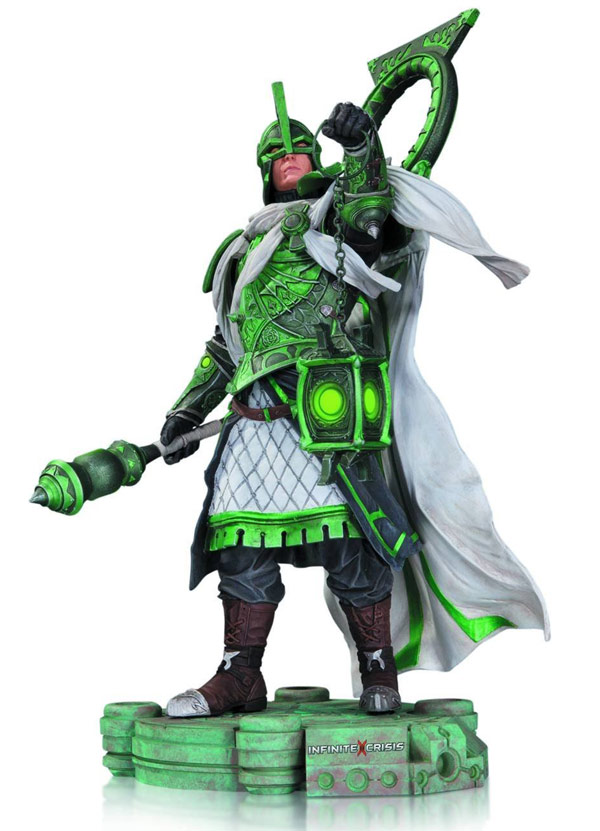 A popular comic book character gets a MOBA (multiplayer online battle arena) makeover with the Infinite Crisis Arcane Green Lantern Statue, offering a brand-new look to a character you thought you knew.

In a universe similar to our own, young Harold Jordan is raised by Emerald Knight Alan Scott, eventually following in the legendary knight’s footsteps and becoming a hero himself.

This approximately 11-inch-tall statue, sculpted by Mat Brouillard, depicts this highly-detailed, alternate view of Green Lantern as he prepares to wield his emerald light in the fight against evil.

The Infinite Crisis Arcane Green Lantern Statue is available for $98.99 at Urban Collector. Also at Amazon.com and the WBshop.com.

The vigilante of Gotham City has taken the mantle of the Bat to a whole new level with the Infinite Crisis: Nightmare Batman Statue, revealing that even the Dark Knight doesn’t always win in the end. In the Infinite Crisis video game, one of the […]

How do you justify a big arcade-style game taking up space in your home when technology allows you to play so many games on small tech like iPads and smartphones? You turn the game into furniture, which is exactly what the Arcane Arcade and PC […]

Hal Jordan’s power-ring-wielding alter-ego takes flight with the New 52 Green Lantern Statue. Sure, Marvel latched onto the title and made it official but lets be honest, the Green Lanterns were the first Guardians of the galaxy, and the first human to wield a power […]