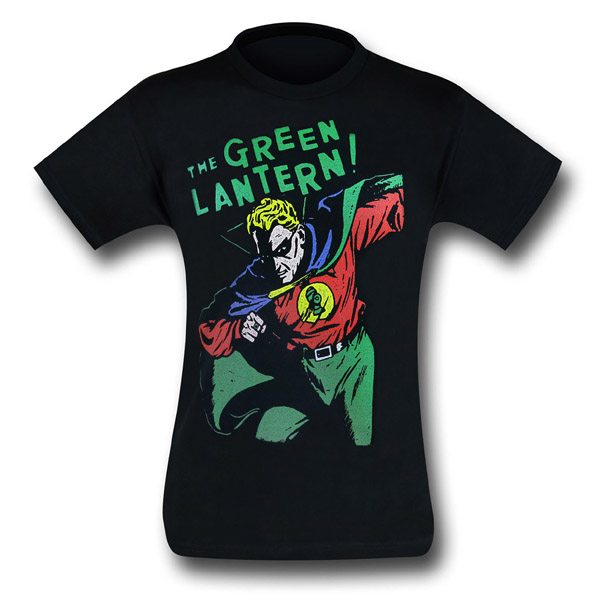 The Golden Age ring-wielder shines his emerald light on your wardrobe with the Green Lantern Original Lantern T-Shirt.

Before Hal Jordan and the rest of the Green Lantern Corp appeared in the comics, Alan Scott was using his emerald power ring to fight the bad guys of New York, and now he fights to show how cool you are by letting you wear him on this black 100% cotton t-shirt.

The Green Lantern Original Lantern T-Shirt is available for $21.99 – $25.99 at SuperHeroStuff.com.

Do you have the willpower to wear the emerald ring of power? Even if the answer is no, you can help defend the universe by wearing the Green Lantern Join The Corps Propaganda T-Shirt and doing your part to increase the ranks of the Green […]

Everyone’s favorite Emerald Warrior, Hal Jordan, has seen better days in this wickedly awesome Green Lantern Verde X-Ray T-Shirt because it looks like GL has been doing some extreme dieting, or maybe transparent skin is just a side effect of wearing an energy-spewing ring from […]