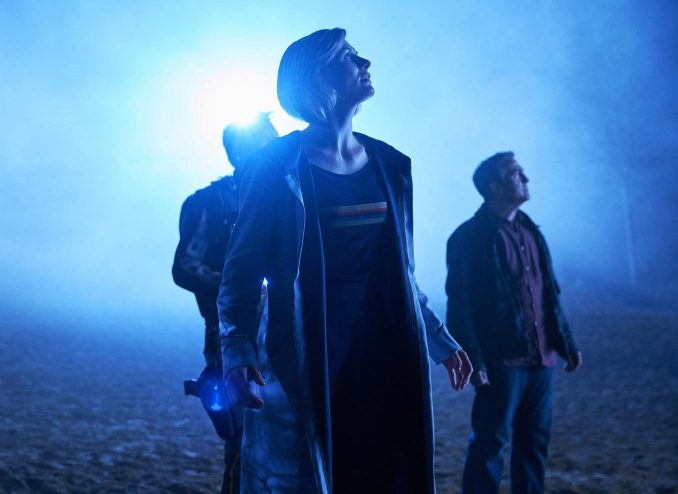 The new season of Doctor Who will premiere on Sunday, October 7, 2018, on BBC America. Series 11 consists of 10 episodes and is the first season where The Doctor is a woman. Besides for Jodie Whittaker as the Thirteenth Doctor, this season stars Bradley Walsh, Mandip Gill, and Tosin Cole, as her companions Graham O’Brien, Yasmin Khan, and Ryan Sinclair, respectively. This season is the first to be led by Chris Chibnall as head writer and executive producer. He is known for his work on Torchwood and Broadchurch.

Watch the Doctor Who: Series 11 Official Trailer #2 from BBC America:

It was just a few days ago that the Teaser Trailer dropped, and now we get to see the Doctor Who: Series 11 Official Trailer. This new season will be available Fall 2018 on BBC America. The exact date isn’t available yet, but we’ll announce […]

Whovians already know that Jodie Whittaker will be the Thirteenth Doctor, but you’ll still want to watch the Doctor Who: Series 11 Teaser Trailer they just released. Besides the first ever female Doctor, the trailer also showcases the Doctor’s three companions: Ryan Sinclair (Tosin Cole), […]

Doctor Who and Barbie are both enduring favorites that have stood the test of time. Their collectibles remain popular and valuable, so this Barbie Doctor Who Thirteenth Doctor Collector Doll may be worth a lot some day. Fully posable and sculpted to look just like […]