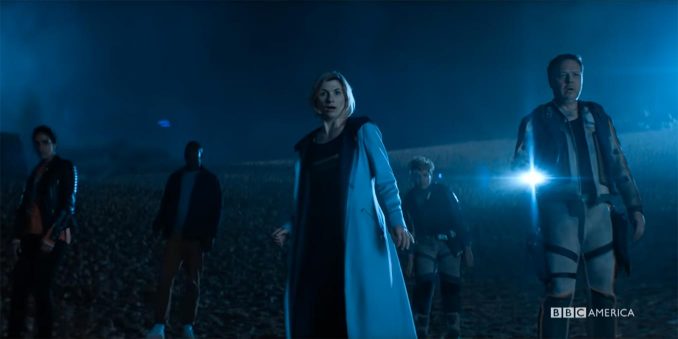 It was just a few days ago that the Teaser Trailer dropped, and now we get to see the Doctor Who: Series 11 Official Trailer. This new season will be available Fall 2018 on BBC America. The exact date isn’t available yet, but we’ll announce it here on GeekAlerts.

Watch the Doctor Who: Series 11 Official Trailer from BBC America:

The Universe is Calling. First look at brand new Doctor Who.

The Doctor is an alien Time Lord from the planet Gallifrey who travels through all of time and space in the TARDIS with friends. Instead of dying, the Doctor is able to “regenerate” into a new body, taking on a new personality with each regeneration.

Whovians already know that Jodie Whittaker will be the Thirteenth Doctor, but you’ll still want to watch the Doctor Who: Series 11 Teaser Trailer they just released. Besides the first ever female Doctor, the trailer also showcases the Doctor’s three companions: Ryan Sinclair (Tosin Cole), […]

This Star Trek Select Khan Action Figure is Khan Noonien Singh as he appeared in Star Trek II: The Wrath of Khan. It measures about 7-inches tall. Khan comes with the command chair of the U.S.S. Reliant, as well as several interchangeable parts. He comes […]