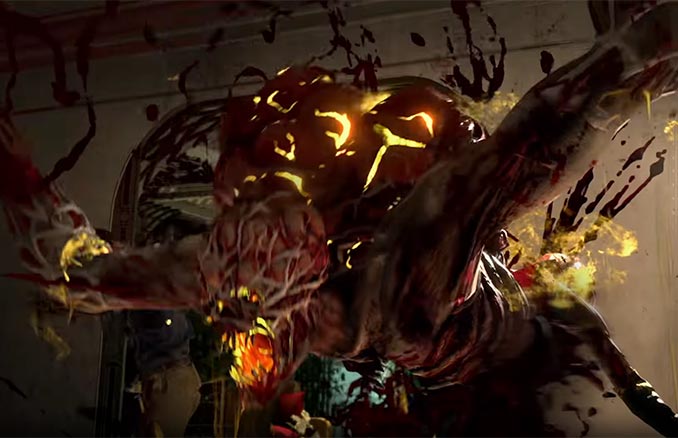 In Black Ops 4 Zombies there are four heroes: Diego Necalli, Scarlett Rhodes, Stanton Shaw, and Bruno Delacroix. There are two all-new zombie experiences: IX and Voyage of Despair. In IX, the heroes go back in time on a quest to find Scarlett’s father, where they have to fight their way through a cavernous coliseum crawling with hordes of the undead. In Voyage of Despair, the heroes are on the maiden voyage of the Titanic, where they must capture an artifact that may shed light on the mystery at the center of their adventure. Call of Duty: Black Ops 4 Zombies also has a return of the fan favorite Blood of the Dead.

Scarlett Rhodes is out to solve her eccentric father’s mysterious disappearance. With the help of three loyal outcasts, she’ll fight waves of the undead and uncover a prized relic wielding an extraordinary power that threatens all of humanity.

Call of Duty: Black Ops 4 delivers the biggest Day 1 Zombies offering ever with three full experiences at launch: IX, Voyage of Despair, and Blood of the Dead. With an exciting new adventure and a brand-new cast of characters, Call of Duty: Black Ops 4’s Zombies will feature the deep gameplay and Easter eggs that its fans have come to expect.