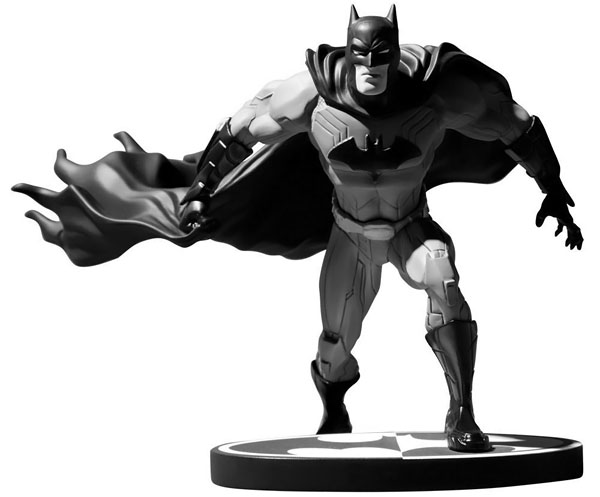 Batman has gone through a few changes during his decades of fighting crime, and his latest look is portrayed in the Batman NEW 52 Black & White Jim Lee Statue, as seen in DC Comics ‘New 52’ titles.

It wouldn’t be Batman without the flowing cape and long-eared cowl, but this incarnation of Gotham City’s protector does a better job of living up to his Dark Knight nickname with the armored look of this new costume.

You can get the Batman Black And White Jim Lee Edition Statue for $66.77 at Amazon.com. It’s also available at the WBShop.

The most renowned Auror of all time gets his own action figure with the Harry Potter Alastor ‘Mad Eye’ Moody Sixth-Scale Figure. Based on Brendan Gleeson’s portrayal of the character in Harry Potter and the Order of the Phoenix, this 11.81-inch-tall-figure has everything a wizard […]

No green hair and no blood-red lips but the Clown Prince of Crime still looks pretty freaky with the Batman Black-and-White Lee Bermejo Joker Second Edition Statue. Based on the hardcover graphic novel ‘Joker’ by Brian Azzarello and standing approximately 7-inches-tall, a trenchcoat-wearing Joker struts […]