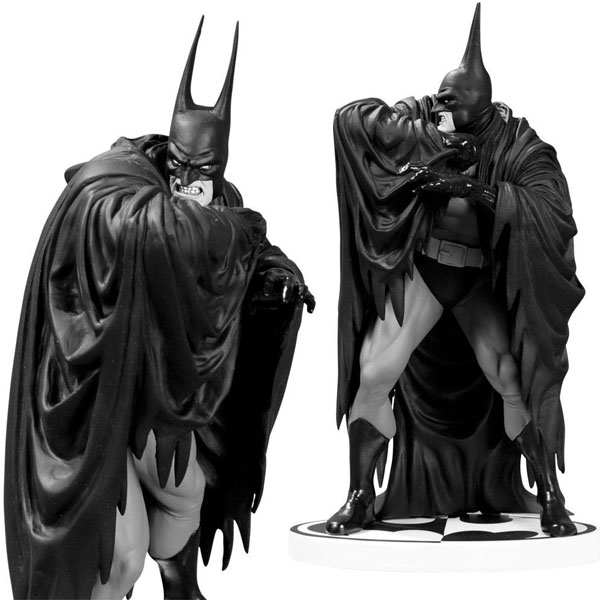 Batman has been around for a while and there have been plenty of artists that put their own spin on the popular DC Comics character. One of those artists, Kelley Jones, is the talent behind the look captured in this Batman Black And White Statue.

While the Dark Knight has never been portrayed as someone you’d like to run up to and hug, this particular look for Batman, which was seen in the comics from 1995–1998, gives Bats an almost demonic feel. The heavy cape that sometimes seemed to have a mind of its own, combined with those super-long ears on the cowl, made it very easy to picture him as a creature of the night. Admittedly, some Bat-fans weren’t thrilled with the dark look, but that’s the great thing about art; everyone has an opinion and everyone is right when it comes to what they do or don’t like.

You can get the Batman Black And White Statue for $69.99 at BigBadToyStore.com. Also at the WBShop, Urban Collector and Amazon.com.