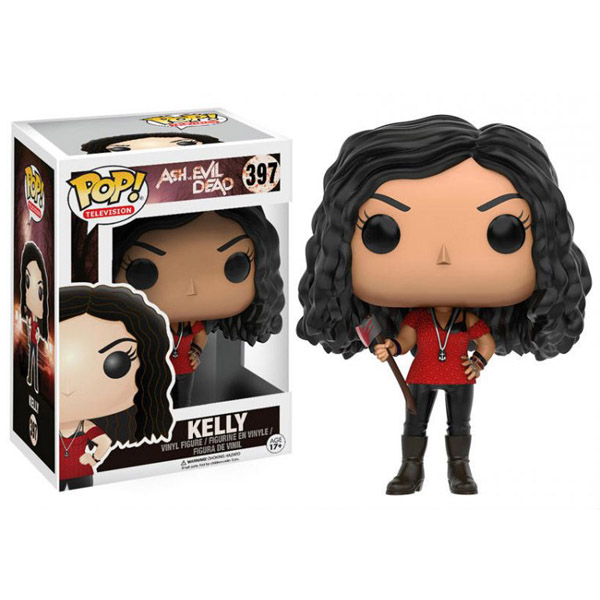 Every excellent hero needs a sidekick and the Ash vs Evil Dead Kelly Pop! Vinyl Figure helps make Ash Williams even more excellent than he already is.

Kelly Maxwell wasn’t exactly thrilled to go from ValueStop trainee to Deadite slayer but she’s proven to be an effective ally to Ash and Pablo. Standing 3 3/4-inches tall, the Pop! Vinyl version of Kelly, which looks a lot cuter than a Deadite version probably would, is armed with an ax, ready to take on the army of the undead… or chop off Ash’s other hand if he tries flirting with her.

The Ash vs Evil Dead Kelly Pop! Vinyl Figure will be available November 2016 but it can be pre-ordered now for $10.99 at Entertainment Earth.

Evil Dead 2: The Official Board Game

Grab your blue shirt, your boom stick, and that butt-ugly book because it’s time to play Evil Dead 2: The Official Board Game. Can you say groovy, baby? Ash and his Deadite adventures have a huge following. How huge? This officially-licensed game met its initial […]

It’s time to get groovy with the Army of Darkness Ash Pop! Vinyl Figure, featuring everybody’s favorite Deadite fighter as he prepares to get medieval with the Deadites. With his boomstick in hand and chainsaw at the ready, this 3 3/4-inch tall figure could almost pass […]