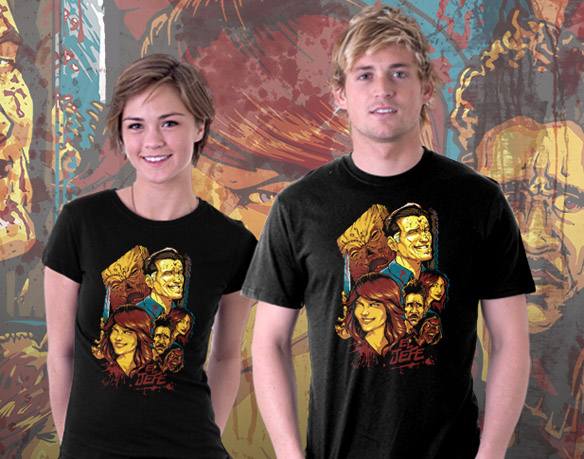 The Ash vs Evil Dead ‘You Can’t Judge a Book by its Cover’ T-Shirt proves that at least one old nugget of knowledge doesn’t always apply because you can definitely judge this book by its cover.

It’s the dawn of a new era, Evil Dead fans. Sure, there are plenty of cool shirts out there featuring Ash, like the Hail to the King T-Shirt, but this is one of the few that focuses on the new adventures of Ash. In addition to the chainsaw-wielding hero himself, we also get Pablo, Kelly, and Ruby. Of course it wouldn’t be the Evil Dead without a Deadite and the Necronomicon included, too. 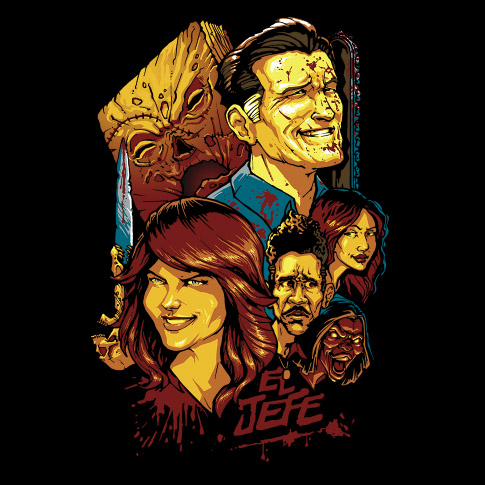 The Ash vs Evil Dead ‘You Can’t Judge a Book by its Cover’ T-Shirt is available for $17 at TeeFury.

Evil Dead 2: The Official Board Game

Grab your blue shirt, your boom stick, and that butt-ugly book because it’s time to play Evil Dead 2: The Official Board Game. Can you say groovy, baby? Ash and his Deadite adventures have a huge following. How huge? This officially-licensed game met its initial […]