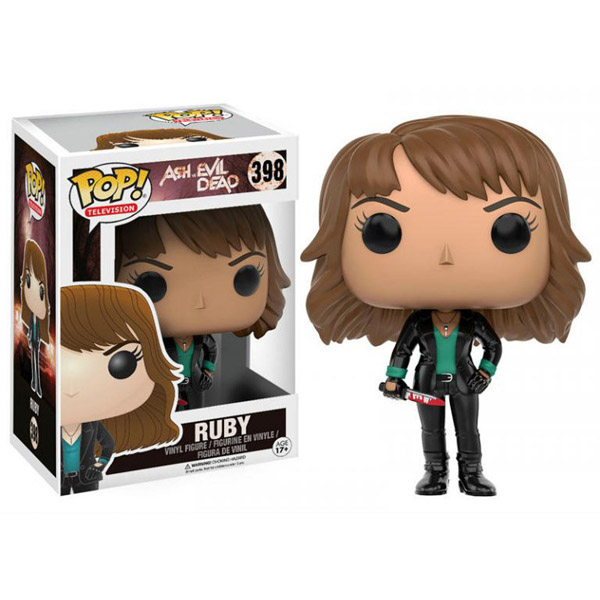 Most authors would love to write a killer book but the character who inspired the Ash vs Evil Dead Ruby Knowby Pop! Vinyl Figure has taken that desire to a whole new level.

Ruby isn’t just another pretty face who occasionally kills Deadites. She’s the one who actually wrote the Necronomicon, making her the one responsible for most of the bad things that have happened to Ash Williams. Needless to say, Ash isn’t too thrilled about that.

Standing 3 3/4-inches tall, Ruby is ready for action, holding a bloody knife. Even better, it’s not just a Pop! Vinyl figure of Ruby Knowby. It’s a Pop! Vinyl figure of Lucy Lawless, making this an even sweeter deal since Funko never created a Xena figure. Now if Ash vs Evil Dead would just come up with a good reason for Ruby to get her hands on a chakram.

The Ash vs Evil Dead Ruby Knowby Pop! Vinyl Figure will be available November 2016 but it can be pre-ordered now for $10.99 at Entertainment Earth.