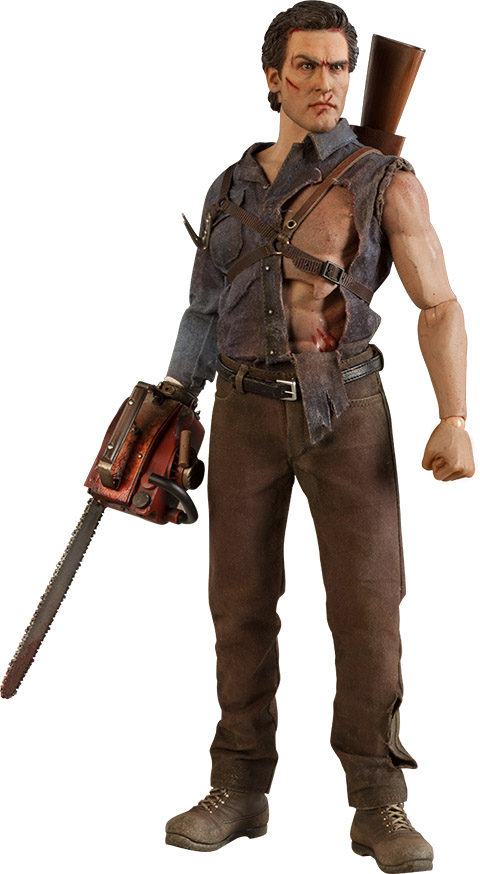 Long before Pablo and Kelly, there was a cabin in the woods, and the Evil Dead II Ash Williams Sixth-Scale Figure lets you relive those groovy moments that introduced Ash to the chainsaw that would become his right hand.

Based on Bruce Campbell’s Ash in Evil Dead II and standing a Deadite-kicking 12-inches tall, this classic horror figure comes with all the groovy goodies you’d expect, including Henrietta’s head, Ash’s possessed, amputated hand, and the Necronomicon itself.

The Evil Dead II Ash Williams Sixth-Scale Figure will be available Oct 2016 – Dec 2016 but it can be pre-ordered now for $239.99 at Sideshow Collectibles.

You don’t need a fresh soul or a passion for reading the Necronomicon to enjoy the Evil Dead 2 Ash Ultimate 7-Inch Action Figure. This is the ultimate action figure for horror fiends and fans who want to get groovy. Based on Bruce Campbell’s iconic […]

What happens when you step on a LEGO while reading the Necronomicon? The LEGO Evil Dead Everything is Groovy T-Shirt. LEGO gets groovy with a tee that features a LEGO version of everyone’s favorite Deadite slayer, Ash Williams, from the Evil Dead films and the […]

The game of Rock-Paper-Scissors gets a Deadite twist with the Evil Dead Groovy T-Shirt, proving that Ash is one guy you don’t want to play the game with… although he is the guy you want to have around when the dead are too rude to […]