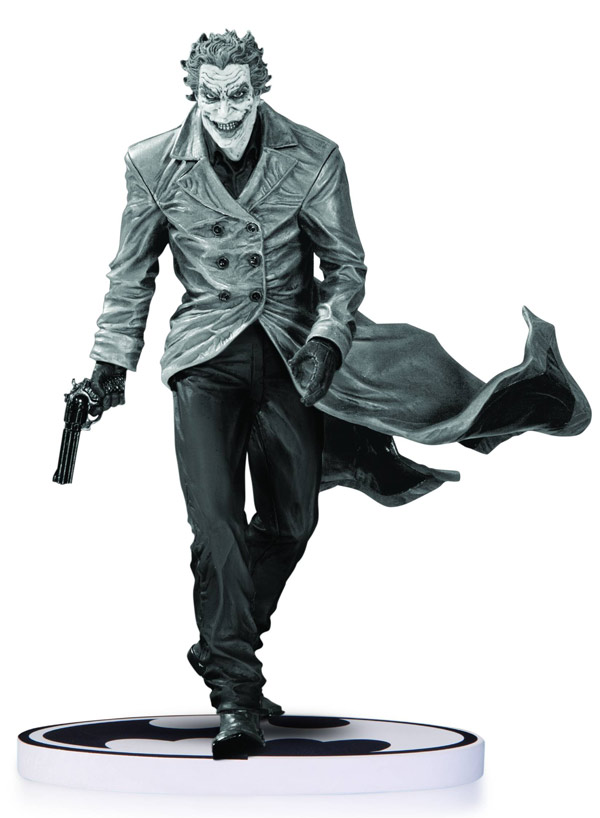 Based on the hardcover graphic novel ‘Joker’ by Brian Azzarello and standing approximately 7-inches-tall, a trenchcoat-wearing Joker struts his stuff across a black and white base with the Batman logo on it. Even in monochrome, the Joker proves to be an eye-catching character.

The Batman Black-and-White Lee Bermejo Joker Second Edition Statue will be available November 2015 but it can be pre-ordered now for $69.99 at Entertainment Earth.

Judging from the look of the Batman Black and White by Simon Bisley Second Edition Statue, the Dark Knight has been hitting the gym. A lot. Inspired by the attention-getting art of Simon Bisley and sculpted by William Paquet, this musclebound addition to the Black […]

Do you have what it takes to play cards like a kung-fu master? Well, these Bruce Lee Playing Cards will let you do just that. These cards are designed to look like Bruce Lee’s tracksuit in “Game of Death.” Plus, 48 of the cards feature […]

Do you remember Bruce Lee? He sure do remember you, anyway, since they have now turned the legendary martial arts Hong Kong actor into a USB flash drive. The USB 2.0 compliant data storage device is designed to look like Bruce Lee did in the […]