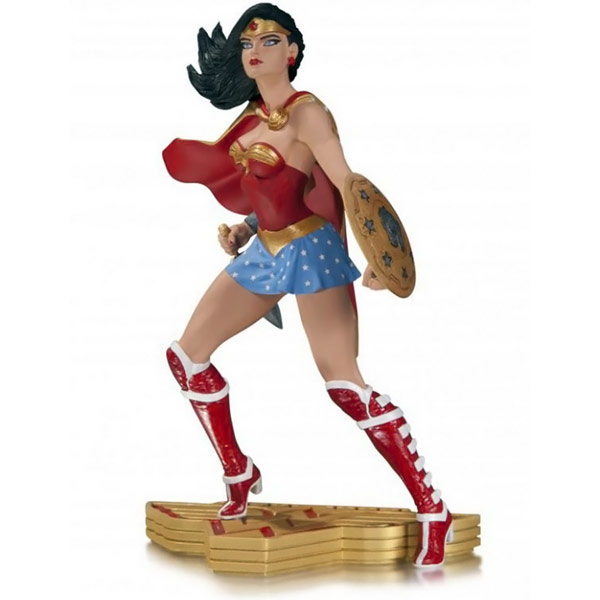 There might not be a Wonder Woman movie or TV show coming in the near future but fans of the Amazon Princess can still get their WW fix with the Wonder Woman Art of War Jim Lee Statue.

If you’ve been keeping track of all the Batman statues created by various comic book artists, including Sean Murphy, Frank Miller, and Jim Lee, then you’ll be familiar with what’s going on.

Some of the biggest names in the comic book industry are getting together to bring their versions of Wonder Woman to 3D life, with Jim Lee getting the ball rolling with this limited edition, 7 1/4-inch-tall Art of War statue.

The Wonder Woman Art of War Jim Lee Statue will be available February 2014, but can be pre-ordered now for $69.99 at Entertainment Earth.

If you have been a fan of Earthworm Jim since way back in the 90s, then you have probably played all of the games and have whatever merchandise is available. You will definitely want to check out this Earthworm Jim Action Figure. The detail is […]