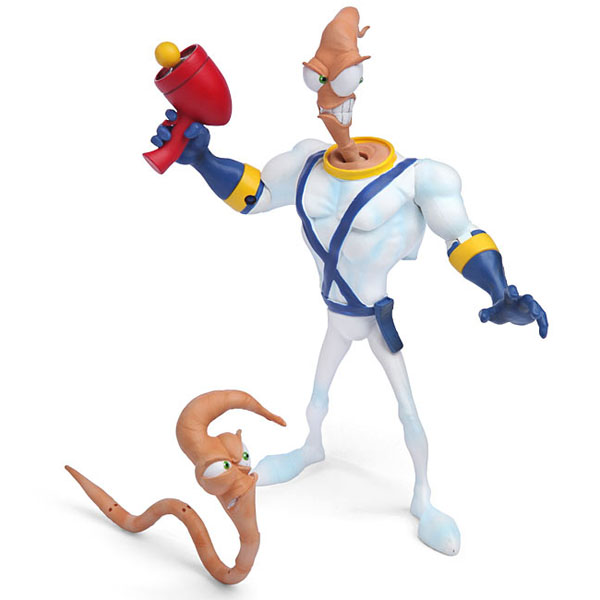 If you have been a fan of Earthworm Jim since way back in the 90s, then you have probably played all of the games and have whatever merchandise is available. You will definitely want to check out this Earthworm Jim Action Figure.

The detail is super sweet. It’s a worm in a super suit! Plasma blaster and nude Jim are included. Has there ever been a cooler hero? Well, maybe. But he is pretty awesome still. He stands about 6″ tall and has a ball-jointed head.

Hardly anybody gets grossed out while eating gummy worms. They’re colorful, chewy and satisfying. I might have a few reservations about eating the World’s Largest Gummy Worm in public, but at home, it would be a goner believe you me. The Giant Gummy Brain? Well, I’d have to […]

With a 26″ length, a 5″ circumference, and weighing in at a whopping 3 pounds, these World’s Largest Gummy Worm are 128 times the size of regular gummi worms. They have a 1 year shelf life and a different flavor on each end, so you […]

It’s been years since we told you about giant gummy Bears, Pythons, Bunnies, and Worms. Now we present the World’s Largest Sour Gummy Worm. It weighs in at about 3 pounds, or 128 times the size of a normal gummy worm. It has two flavors: […]