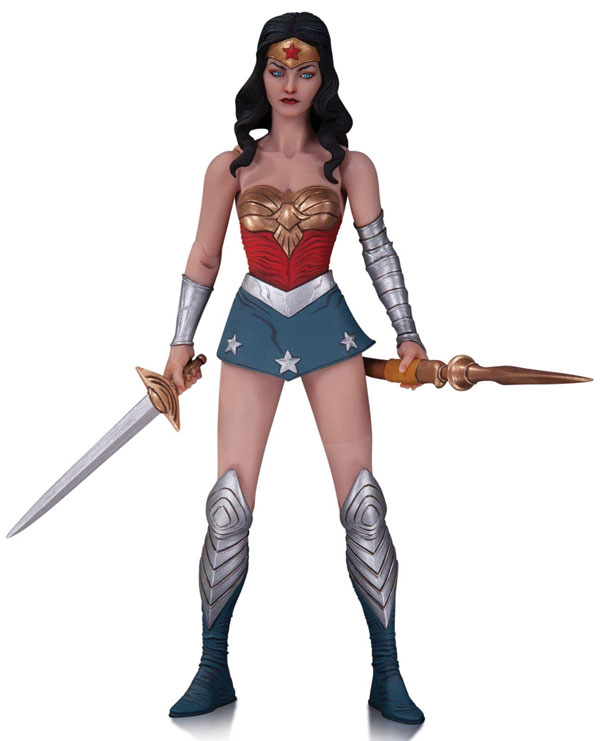 Based on the artistic style of renowned artist Jae Lee (who has worked on various titles for Marvel and DC) and standing over 6 1/2-inches tall, this Designer Series figure gives a more realistic interpretation of Wonder Woman, which includes a little armor to go with her skimpy outfit. She’s also toting a sword and spear because bashing bad guys with your fists all the time can get boring.

Other figures in the Designer Series collection include Catwoman, Batman, Batgirl, and Commissioner Gordon.

The DC Comics Designer Series 1 Wonder Woman by Jae Lee Action Figure will be available August 2015 but it can be pre-ordered now for $22.99 at Entertainment Earth.

This DC Comics Designer Series 1 Batman by Jae Lee Action Figure is pretty stunning. It is based on the styles of artist Jae Lee. Batman looks like he literally just leaped off of the comic book page and into your collection. This DC Comics […]

The DC Comics Designer Series Batman Zero Year by Greg Capullo Action Figure offers up a new look at Batman’s original look. Way back when Batman was first introduced to comic book readers, he looked a little different than he does now, and that original […]

Princess Diana of Themyscira is ready for battle with the DC Comics Designer Series Wonder Woman by Frank Cho Statue. If the pose looks familiar, you might be thinking of Frank Cho’s variant cover for Wonder Woman #1. Inspired by that cover, this 12-inch-tall statue […]