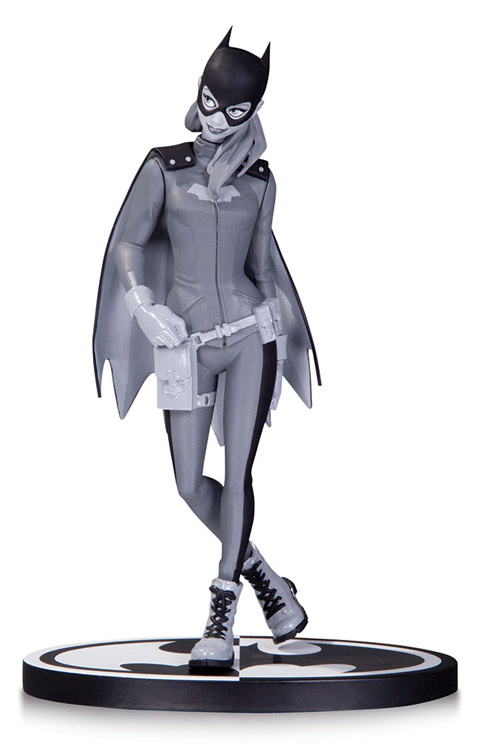 Barbara Gordon gets a fresh new look with the Batman Black and White Batgirl by Babs Tarr Statue, featuring a Batgirl that looks a little different from what fans are used to.

Maybe it’s just me but my favorite look for Batgirl will always be the outfit she wears on the Cover Girls Of The DC Universe Batgirl Statue, but DC Comics didn’t ask for my input so we get the Batgirl of Burnside, a vigilante with a snap-on cape and a mask that slips on like a hat. Cassandra Cain would kick her butt these days.

However, while I’m not a huge fan of the comic book’s new direction, illustrator Babs Tarr did provide a sleek and modern look for the daughter of Jim Gordon, and it’s captured with great detail on this 7 1/4-inch-tall statue. It’s a limited edition item, with only 5,200 available.

The Batman Black and White Batgirl by Babs Tarr Statue will be available August 2015 but it can be pre-ordered now for $69.99 at Entertainment Earth.