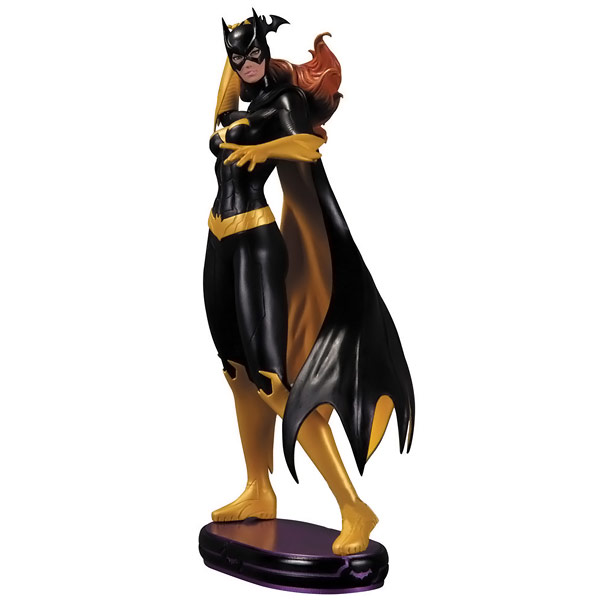 Armor? Check. Bat-mask? Check. Sexy figure that will make the guys drool? Ummm… okay, guess we’re not talking about Batman here, but the Cover Girls Of The DC Universe Batgirl Statue does offer us a highly-detailed look at another popular DC Comics characters.

I don’t know if anyone ever actually wondered what Batman would look like as a woman, but the gang that created the Batman TV show in the 60’s did wonder how to attract a female audience, which led to the creation of Barbara Gordon AKA Batgirl.

Gordon’s costumed alter-ego has always been more cuddly-looking than Batman but she has definitely achieved cover-girl status under the hands of skilled artist Stanley “Artgerm” Lau, who designed this sexy 10 1/2-inch-tall, resin statue.

Grab the hottest-looking member of the Bat-family with the Cover Girls Of The DC Universe Batgirl Statue for £89.99/$137.01 at ForbiddenPlanet.com. She won’t be available until September 29, 2013 but you can pre-order now.

Also, don’t forget to check out the Cover Girls of the DC Universe New 52 Harley Quinn Statue for a walk on the insane side of sexiness.