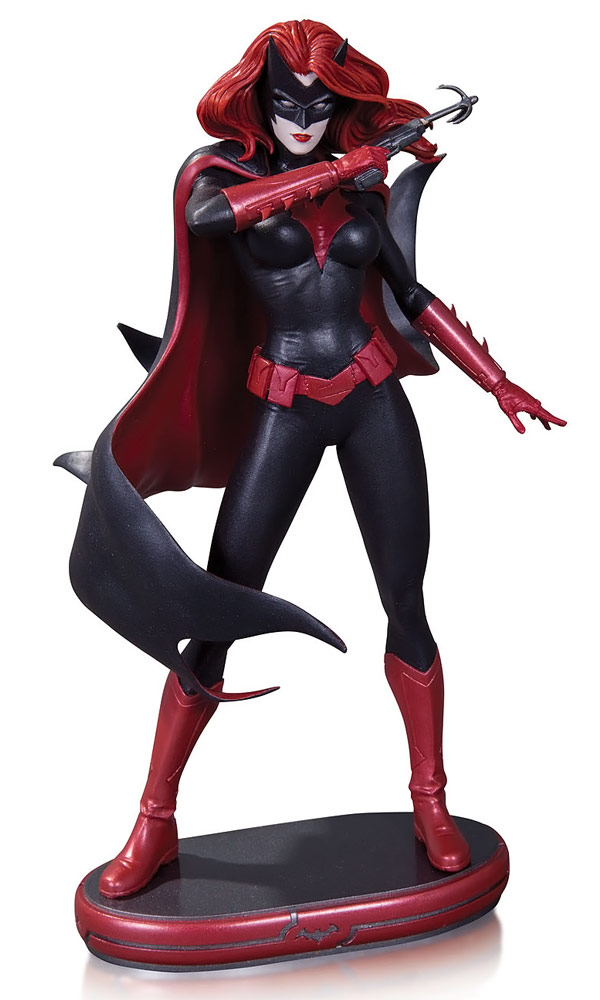 If any character deserves to be a Cover Girl, it’s Batman’s female counterpart; and the DC Comics Cover Girls Batwoman Statue provides a detailed look at the character that first arrived in the DC Universe back in 1956.

Of course, aside from the name, the character in the comic books these days is completely different from how she first appeared, and artist Stanley ‘ArtGerm’ Lau, along with sculptor Jack Mathews, bring the modern incarnation of Batwoman to life with this limited-edition, individually numbered statue that stands just a little over 9 1/2-inches tall.

The DC Comics Cover Girls Batwoman Statue will be available November 2013 but can be pre-ordered now for $81.99 at Urban Collector. Also at Amazon.com for $85.95 and at Entertainment Earth for $84.99.

The Clown Princess of Crime battles the undead with the Harley Quinn #1 Variant Comic Book by Stanley ‘Artgerm’ Lau, with a limited edition variant cover that makes it worthwhile to add yet another first edition to your comic collection. How much awesome can one […]

Selina Kyle has a certain bat she wants to play with but she took time out of her busy schedule to pose for the DC Comics Cover Girls Catwoman Statue. Designed by Stanley ‘Artgerm’ Lau and sculpted by Jack Mathews, Catwoman stands approximately 9 1/2-inches-tall, […]

The daughter of Zeus is the current God of War but it looks like she could give the Goddess of Love a run for her money with the DC Comics Cover Girls Wonder Woman Statue. Inspired by the work of artist Stanley “Artgerm” Lau, this […]