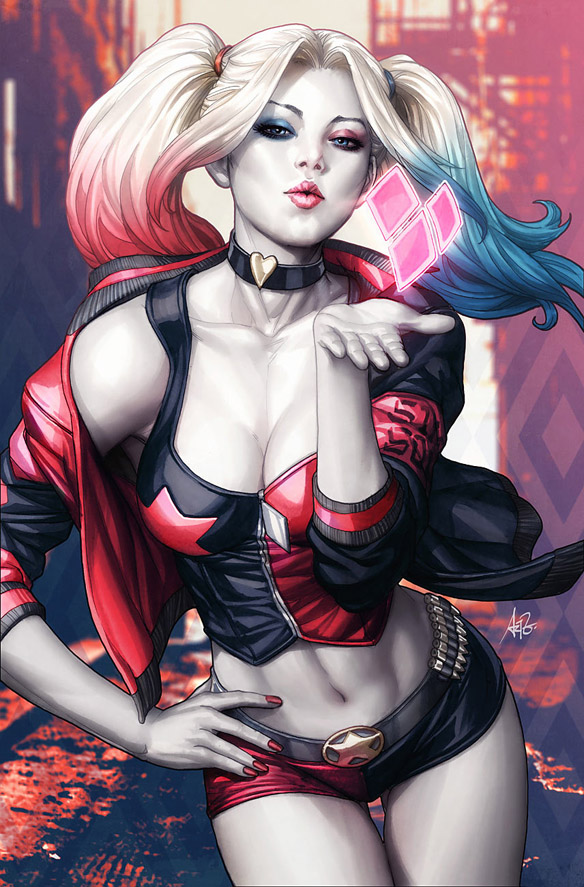 The Clown Princess of Crime battles the undead with the Harley Quinn #1 Variant Comic Book by Stanley ‘Artgerm’ Lau, with a limited edition variant cover that makes it worthwhile to add yet another first edition to your comic collection.

How much awesome can one comic book contain? Well, first we’re talking the first Harley comic in the new DC Rebirth universe, and then we have Coney Island, Harley’s home turf, being overrun by zombies. But then we have this amazing variant cover created by Stanley ‘Artgerm’ Lau, featuring a sexy Harley Quinn wearing her iconic red and black color scheme while her hair features the pink and blue of the character that will be appearing in Suicide Squad. That’s the best of both worlds right there. And zombies. I know I already mentioned them but it’s Harley Quinn versus zombies. Really, you shouldn’t need any more incentive than that.

The Harley Quinn #1 Variant Comic Book by Stanley ‘Artgerm’ Lau will be available August 2016 but it can be pre-ordered now for $11.99 at Legacy Comics.

Let your tootsies trust in the Squad with the Suicide Squad Harley Quinn Color Block Knee Socks. These 100% polyester socks are rolling out just in time for the Suicide Squad movie but the color scheme suggests a greater love for the comic book version […]

Tired of reminding everyone what bad guys do? Let your feet do the talking with these Suicide Squad Harley Quinn Bad Guys Socks. Stand up for the red, white, and blue… and then sit back down because these socks aren’t exactly patriotic. Following the vibrant […]

So you want to unleash your inner Harley but you don’t want to show quite as much skin as Margot Robbie? No problem because the DC Comics Suicide Squad Harley Quinn Property of Joker Girls Jogging Pants have got you covered. Literally. In the new […]