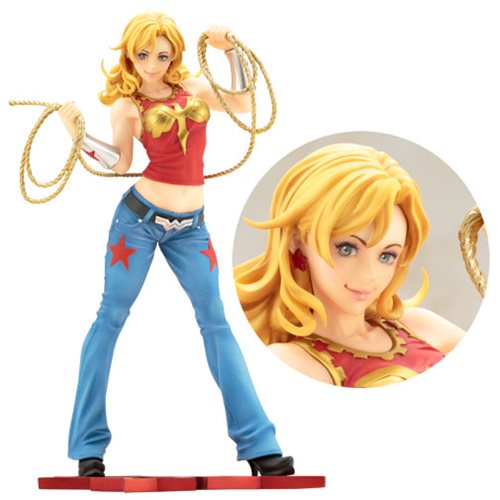 Poor Cassie is one of those characters who had her origin rebooted when the New 52 happened, going from girl granted powers by Zeus to being Zeus’ granddaughter who hates being referred to as Wonder Girl. On the bright side, this new origin makes her an actual relative of Wonder Woman.

Regardless of the origin you prefer, you won’t be able to resist this 8 3/4-inch-tall statue that features Cassie in her iconic costume, wielding the lasso given to her by Ares.

The DC Comics Wonder Girl Bishoujo Statue will be available January 2017 but it can be pre-ordered now for $74.99 at Entertainment Earth.

It’s time to go nuts with the Marvel Squirrel Girl Bishoujo Statue, featuring the character who might possibly be the most powerful Marvel Comics hero ever. Her number one ability is the power to talk to squirrels, but Doreen Green AKA Squirrel Girl has faced […]