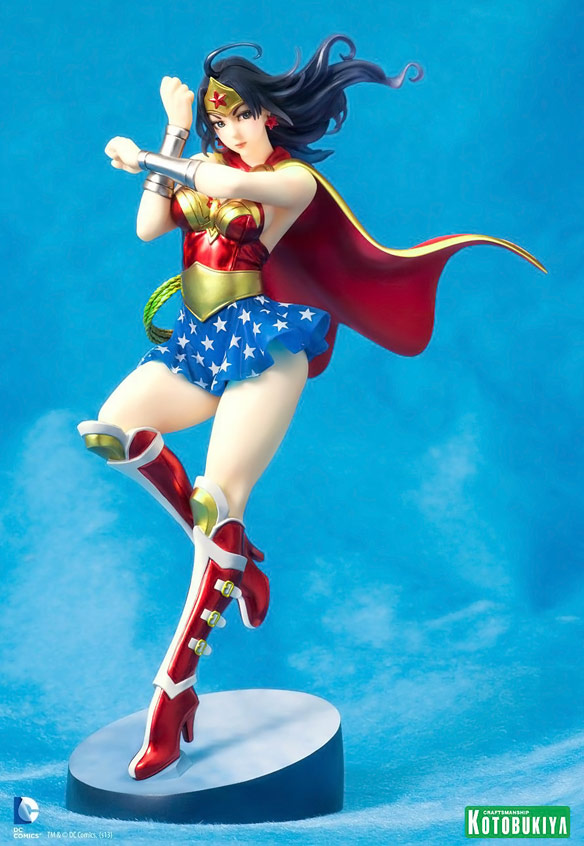 Wonder Woman leaps into action with the Wonder Woman Armored Version Bishoujo Statue, deflecting bullets with her Amazonian bracelets while preparing to demonstrate her knife skills on an unlucky bad guy.

Bishoujo is a Japanese term that means beautiful young girl, but it also describes character design in anime and manga. Either meaning fits with this sexy statue that stands almost 9 1/2-inches tall. In addition to an interchangeable knife, the statue also features an action-packed pose, detailed armor, and a detailed sculpt that includes folds and pleats in Wonder Woman’s skirt and cape.

The Wonder Woman Armored Version Bishoujo Statue will be available June 2014 but it can be pre-ordered now for $64.99 at Entertainment Earth and $69.99 at Amazon.com.