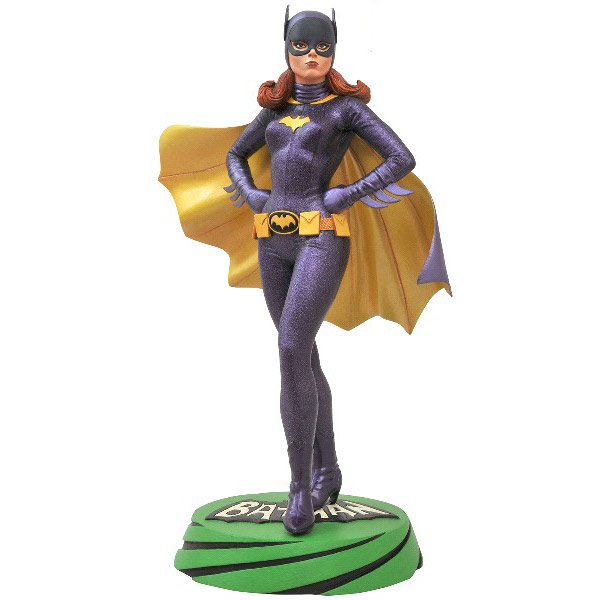 Fans of the 1966 Batman series will love this Batman 1966 TV Series Batgirl Premier Collection Statue. This Batgirl will be the centerpiece of your statue collection.

This full-size statue depicts actress Yvonne Craig as the unforgettable Batgirl, the way she appeared in the third season of the classic TV show. It was sculpted by Clayburn Moore in her distinctive purple-and-yellow costume. This version of Barbara Gordon stands about 12-inches tall on her Bat-logo base.

Only $179.99 from Entertainment Earth. Pre-order it now for September.